Megan Fox recently introduced Machine Gun Kelly to her three kids, the eldest of whom is only seven years old. Read to know more about their relationship -

Megan Fox, according to PEOPLE's source, recently introduced her three kids named Noah Shannon, Bodhi Ransom, and Journey River to MGK. Megan shared the three kids with her estranged Brian Austin Green. The source revealed that Megan Fox made the decision to introduce her kids to Kelly as they are getting more serious about their relationship. According to the source, MGK and Megan Fox are not engaged in a fling and are in a committed relationship. 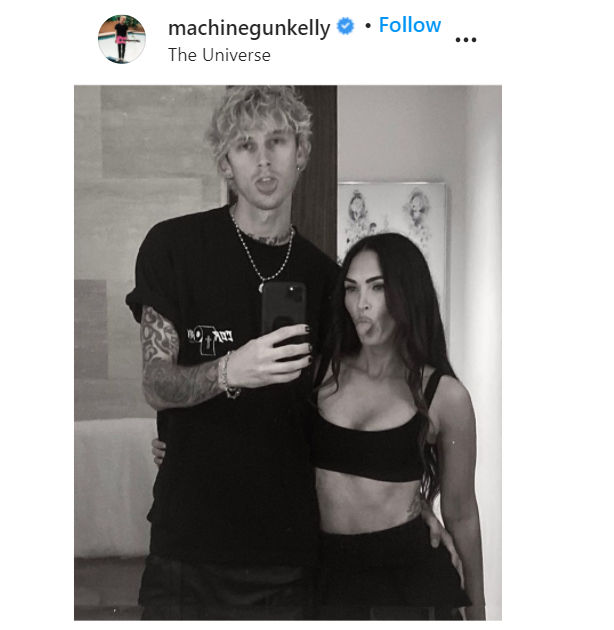 Back in August 2020, Megan and MGK had appeared in an interview together for the Give Them Lala ... With Randall podcast. During the interview, the actor had revealed the connection she shares with Machine Gun Kelly to be a 'twin flame'. According to the actor, a twin flame is different than being soul mates and is a higher form of love. Megan explained that a twin flame is when a soul has ascended so high that it can be split into two different bodies. She described herself and MGK to be two halves of the same soul.

Whereas, Kelly had also appeared on The Howard Stern Show where he revealed that the first time he fell in love was with Megan Fox. The Bloody Valentine rapper had admitted that he was not open to love before meeting Megan Fox and was set to believe that something like that could not exist in his life. Howard Stern had then asked him if it was 'love at first sight' for the both of them, to this the rapper replied back saying that it was definitely the case. Machine Gun Kelly and Megan Fox have not revealed any plans to tie the knot as of now.