'You’re the image of Megan Markle.,' 'Even i had to sit here and say to myself .... “ain’t that Meghan?,", fans react as they spot Meghan Markle's lookalike.

'You’re the image of Megan Markle. Gorgeous photo,' 'Even i had to sit here and say to myself .... “ain’t that Meghan?," these were the first reactions by users who found a lookalike of Meghan Markle, a member of the Royal family. A Missouri-based Instagram influencer Akeisha Land broke the Internet when she posted a picture with her daughter. Within minutes the picture received over 22,000 likes as the fans were convinced that she is Meghan Markle's twin.

Reacting to the same, Akeisha Land said that she takes it as a 'huge compliment' for resembling to a royal. 'I think she's gorgeous so to be mistaken for a royal is definitely quite a compliment,' she told an international magazine. She also said that if anyone is looking to hire a Meghan Markle lookalike for a party, 'she's your girl'. 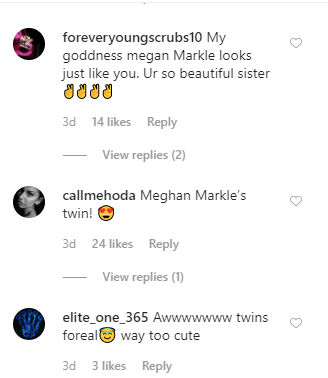 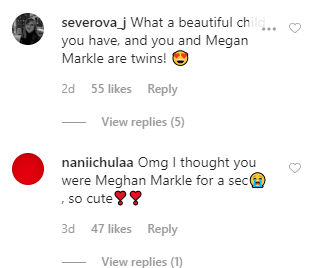 An #usie with my littlest love in our matching “LOVE” sweatshirts from @coolkiidzwear ❤️ • What I love about these sweatshirts is not only their obvious adorableness, but also the fact that they aren’t super thick. Which is perfect for fall and winter because you can layer it with other things and not worry about sweating out your hair (ain’t nobody got time for that! 💁🏽‍♀️). And if your kid(s) are anything like mine, they get hot real fast running around all day, so lightweight layers are imperative. I also love that you’re able to take the layers off to rock it in the spring for those still cool days. These sweatshirts are perfect for year round cuteness! • Have a great week friends and remember to tell the people you care about that you love them... and as always, keep it cute! 😘

PEOPLE HAVE PLEDGED SO FAR
Kareena Kapoor Khan's achievements throughout her Bollywood career
Rebel Wilson looks gorgeous in her recent pics from her trip to Disneyland
Kim Kardashian and her daughter match steps in this adorable TikTok video
'Two And A Half Men's' Conchata Ferrell recovers from a near-death experience
Ryan Reynolds looks suave and dapper in these classy suits; see pics
DO NOT MISS
WESTERN COMMAND CHIEF ON SC'S ORDER
NAWAB MALIK SLAMS TRUMP'S VISIT
KMC, WB CIVIC POLLS IN MID-APRIL
NARENDRA MODI'S TRIBUTE TO SHIVAJI
CAA: THOUSANDS OF MUSLIMS TAKE TO STREETS IN TN
KOHLI ON WORKLOAD