Pamela Anderson is reportedly dating her security guard Dan Hayhurst for a long time now and the two have spent the quarantine together. Read more.

Actor and activist Pamela Anderson had made headlines early in 2020 when she had infamously split with her ex-husband Jon Peters just 12 days after their marriage. In a statement provided to The Hollywood Reporter, Pamela had written that the two have taken time apart and revaluate the formalization of their marriage certificate, which technically means that the two never really married, as cleared by the star on social media recently. However, now People has reported that Anderson has been dating her security guard Dan Hayhurst. 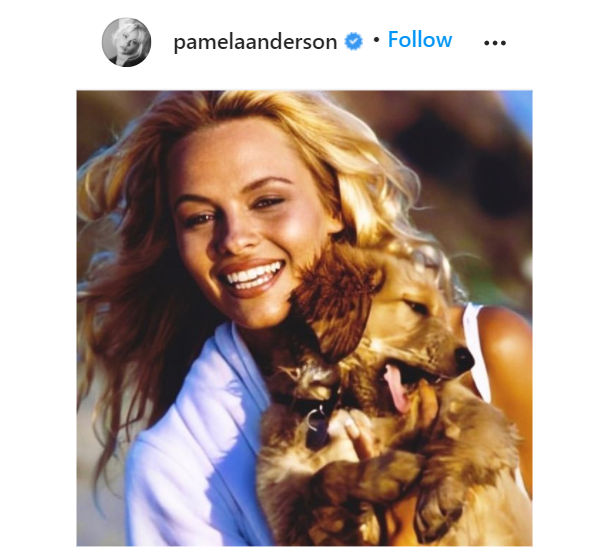 This development comes months after Anderson's infamous 12-day marriage with Jon Peters had done the rounds on the internet. In a recent tweet, the star had shared an article by PageSix writing - 'Pamela Anderson was never married to Jon Peters - it was just a bizarre lunch ... no “marriage” no “divorce”.'

In a follow up tweet, the actor had written - 'Pamela Anderson was never legally married to Jon Peters (life long family friend) no hard feelings - no Marraige, no Divorce... just a bizarre theatrical lunch - Pamela has a good sense of humor about it.' Check out the tweets below -

The actor has consistently made headlines through the years on topics revolving around her love life. Anderson previously shared a marriage with Tommy Lee from 1995 to 1998. Following their split, Lee had spent six months in a LA County Jail for spousal abuse charges. Anderson shares two sons with Lee names Brandon (23) and Dylan (22) respectively.

She later married Kid Rock in 2006 and the two separated in 2007. Pamela later married Rick Saloman twice, once in 2007 and again in 2014 following a separation. However, her second time marrying Saloman only lasted a year from 2014 to 2015.