Rapper Azealia Banks is facing a legal notice from her ex-manager. The rapper is being sued by Jeff Kwatinetz allegedly on grounds of stalking, defamation, extortion, and invasion of privacy. Reportedly, Azealia Banks has been threatening Kwatinetz’s family for some time now.

Rapper Azealia Banks’ ex-manager sues her for extortion and stalking

Rapper Azealia Banks is in major legal trouble. The American rapper and songwriter is facing legal action from her former manager and Prospect Park co-founder Jeff Kwatinetz. Azealia Banks has reportedly been threatening Jeff and his loved ones for some time now.

A report by TMZ confirms the same. This report further claims that Jeff Kwatinetz is suing Azealia Banks for “inciting a campaign of extortion” among her fans against her ex-manager. The Prospect Park co-founder also claims that that the American rapper has been harassing him for a while. But recently, she has moved on to harassing his family.

But Prospect Park decided to part ways with Azealia Banks in 2015. The management company reportedly parted ways from the rapper owing to her “erratic behaviour”. Moreover, Azealia Banks reportedly refused to promote this album.

According to the media portal’s report, Prospect Park, co-founder Jeff Kwatinetz has made several other claims against Banks. He claims that Azealia Banks has been campaigning against him on social media since June. He further added that the rapper has also been dragging their agency in her social media activities. Jeff called Banks’ behaviour “ranting of a lunatic” but is also scared about it since it has been getting “seriously threatening”.

Moving on, Azelia Banks in her recent tweet called out rapper Kanye West. In this tweet, Banks told West to apologise to his daughter North West and his wife Kim Kardashian West for talking about North’s abortion story at his rally. In this tweet, she also called out Kanye for not paying for designing Yeezy’s modular kit. Azelia Banks tweeted this after Kanye West wanted artists to campaign for their Masters. 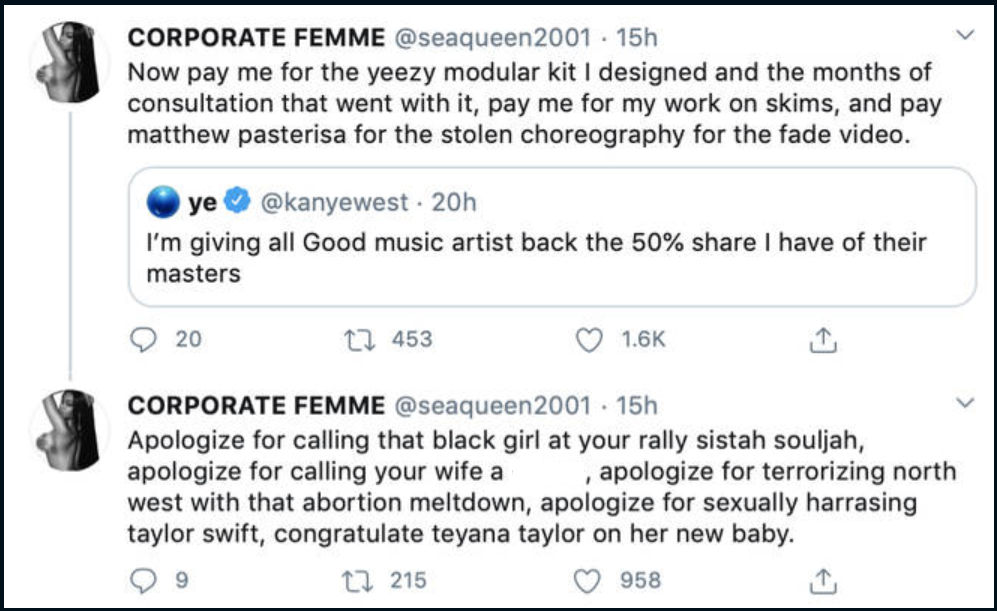