Ryan Reynolds has been imagined as Hawkman in the DC Extended Universe by a popular artist. Check out how he would have looked and know more detailed info. 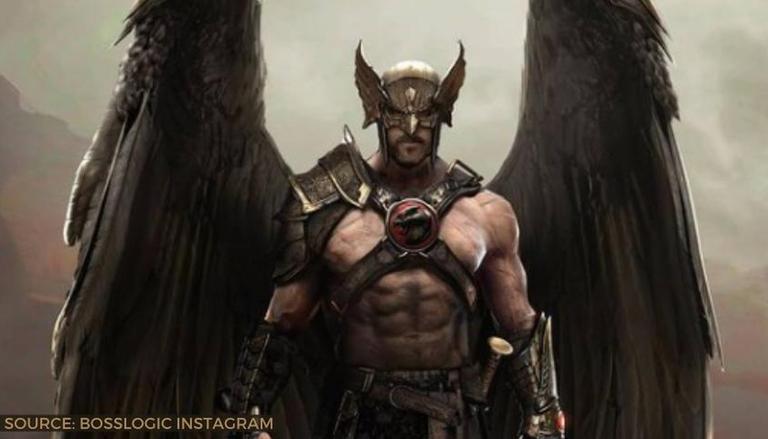 Hawkman is coming to live-action in the DC Extended Universe (DCEU) with Black Adam starring Dwayne Johnson in the titular role. Aldis Hodge has been confirmed to play the member of the Justice Society of America (JSA) in the movie. However, there is now a fanart making rounds of Deadpool star Ryan Reynolds as the DC comic character.

Boss Logic is a popular artist on social media and the one who imagined Ryan Reynolds as DCEU’s Hawkman. It was before when Aldis Hodge was announced to portray the role and the casting was still ongoing. In the art, Reynolds is seen with bulked and ripped body as the superhero. In the first image, he is holding the classic mace weapon and his helmet. The suit has big wings with a hawk logo at the center of it. Another picture shows Ryan Reynolds wearing the mask and the wings on it can be seen more clearly. A sword can also be spotted with claws like shoes. Take a look at the art below.

Ryan Reynolds has been a part of a DC comics movie, even before the DCEU started with Man of Steel in 2013. He played Hal Jordan in Green Lantern film in 2011. Directed by Martin Campbell, the project received mostly negative reviews from the audiences and did not match the expectations at the box office. Later, Reynolds revived his image in the superhero genre with Deadpool in 2016. The Marvel comics’ project earned immense appreciation from the viewers with love for Ryan Reynolds as the antihero. The actor even mocked his Green Lantern film in Deadpool 2. So, even if it is an assumption, Reynolds' comeback as DCEU's Hawkman might not have been possible. It is also because he is still playing Deadpool and will soon be making his debut in the Marvel Cinematic Universe (MCU).

Meanwhile, Black Adam will have Aldis Hodge making his debut as DCEU's Hawkman. It is a critical leading role in the superhero movie. The character will serve as the fiery leader of the Justice Society of America and is one of the most beloved and legendary characters in the DC Universe. He has a quick, fierce temper with stubborn views and opinions. There is an Nth metal in his belt, harness, and boots which are controlled mentally and allow him to defy gravity. It also increases his strength, eyesight, speeds healing, and regulates body temperature. The character is an expert in using an array of weapons like battle axes, swords, spears, maces, and shields.