Ryan Reynolds shared pictures on his Instagram story where he is seen jumping and falling on the streets. The photos are captured by his wife. Have a look.

Ryan Reynolds is a Canadian-American actor who is known for his performance in the movie Deadpool. The film received critical and commercial acclaim, it was also a big hit at the box office. The movie also received numerous accolades, including nominations for the Critics’ Choice Awards. The actor is also known to update his fans with every activity by posting pictures. He is an active social media user and updates his fans with every activity he does during the day.

Recently, the actor posted a picture where he is seen having fun on the streets. The picture is a still of him taking a jump from the side of the street. The picture has him wearing grey bottoms and a white shirt paired up with a blue hoodie and beanie. His look is completed with white sneakers. Ryan Reynolds gave post-credits in the story to his wife Blake Lively, that explains their tour around the streets together. 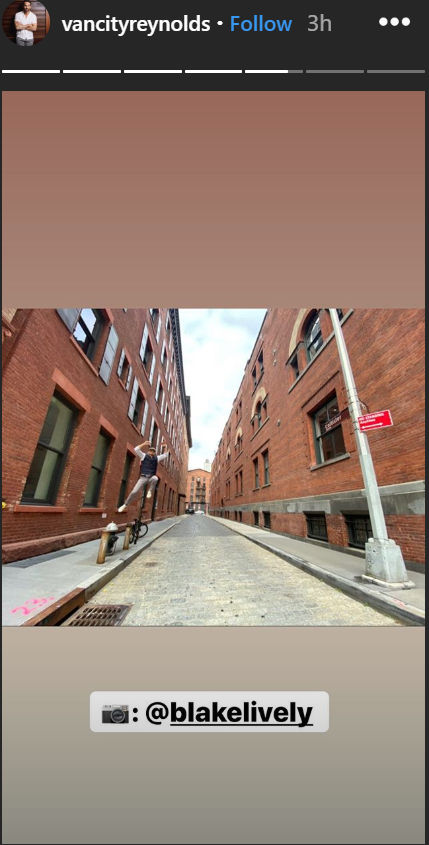 Also Read| 6 Underground: How The Audience Reacted To The Ryan Reynolds-starrer Trailer On Netflix

He also posted another picture where he is seen lying down on the street. The actor shared all the funny moments and also called himself dumb for the same picture. Ryan Reynolds reposted a story, posted by the graphic artist Nikolai Baslajik where he compared Ryan’s picture to a superman still. In the two pictures, the character Superman and Ryan are seen giving the same pose for the photograph. The artist also captioned it as 'same energy' trolling the Deadpool actor's pose. 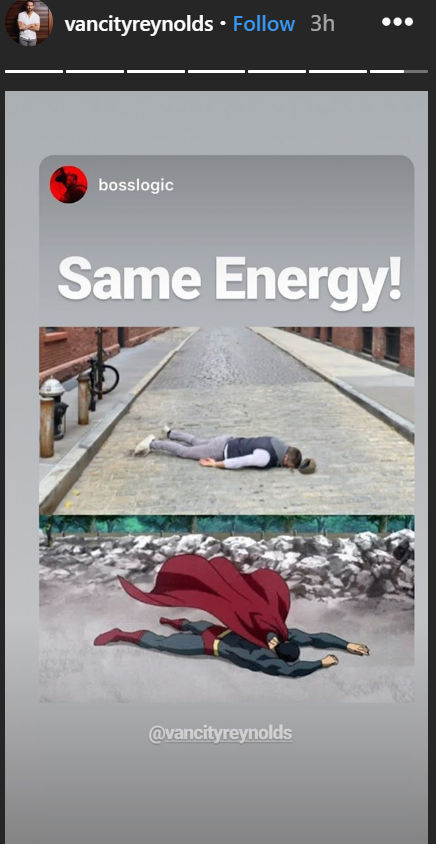 Ryan Reynold's wife Blake Lively is often seen sharing pictures together while spending time. Recently, Blake reposted Ryan Reynold's photos that she had deleted before. They are also seen trolling each other on social media with embarrassing pictures and funny moments.

Ryan Reynolds will be seen on the OTT platform Netflix in 6 Underground. It is a vigilante action thriller film helmed by  Michael Bay. The movie also stars Mélanie Laurent, Manuel Garcia-Rulfo, Peyman Maadi, Adria Arjona, Corey Hawkins, Ben Hardy, and Dave Franco. The trailer of the film was released earlier.

PEOPLE HAVE PLEDGED SO FAR
Scarlett Johansson admits she 'romanticised' her marriage with Ryan Reynolds. Know why?
6 Underground: How the audience reacted to the Ryan Reynolds-starrer trailer on Netflix
Ryan Reynolds shares Blake Lively's 'high' photo after she broke her arm
Ryan Reynolds expresses his love for Indian cinema and culture
Deadpool star Ryan Reynolds sneaked up on by mini Deadpool
Sophie Turner sports a flowy mini dress during an outing amidst pregnancy rumours
Kiara Advani to Disha Patani: Bollywood celebs who have tried their hand at kickboxing
Dwayne Johnson's funniest and hilarious tweets will brighten your day
DO NOT MISS
KANHAIYA KUMAR'S FIRST RESPONSE
INDIA'S RESPONSE TO PAK AT UNHRC
AMIT SHAH ATTACKS  MAMATA ON CAA
'WON'T BE SILENT' SAYS THUNBERG
'I RECEIVED DEATH THREATS'
AJAY-DEEPIKA-AKSHAY IN TRIPLE CLASH