The Eternals is making it to the headlines for featuring Brian Tyree Henry Marvel's first gay superhero, Phastos. Read more about Marvel’s The Eternals.

The Marvel Cinematic Universe has been a trending topic since they announced that their film The Eternals will feature its first openly gay superhero. The Eternals will portray Brian Tyree Henry and Haaz Sleiman as an openly gay couple which is surely a first time in the MCU.

Haaz Sleiman spoke to an entertainment portal and revealed that his character is married to the superhero Phastos which is played by Brian Tyree Henry. He also revealed that they represent a gay family and have a child in the film. Read more about Marvel’s The Eternals. 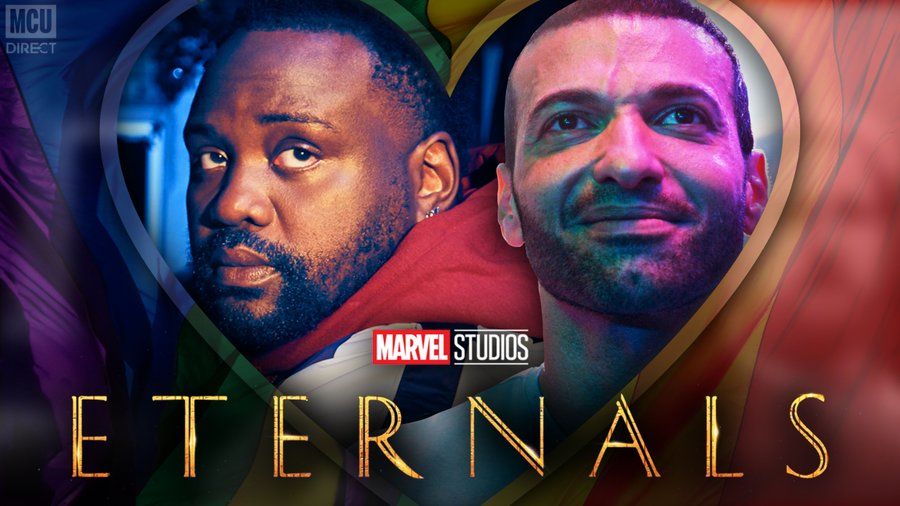 Also Read | 'The Eternals' To Have A Romantic Angle Between Kit Harrington And Gemma Chan? All We Know

The Eternals to have Marvel's first gay superhero, Phastos

Disney had initially promised their fans some significant gay moments in past tentpoles and has also stated they will work towards the film not being too explicit for the viewers. But Haaz Sleiman is extremely sure that the film will portray significant gay representation and will also feature Marvel’s first gay kiss.

Technically it is not the first time that Marvel has tried to bring in a character who is openly gay as Joe Russo’s character in Avengers: Endgame was also a termed to be a gay character. The MCU certainly got backlash for the same as the character was featured for less than a minute.

Fans were angry to not see more of the character on the screen and complained that the character was nameless and insignificant to the film’s plot. Well, The Eternals will surely be having more gay representation than Avengers had as the character played by Brian Tyree Henry, Phastos, is one of the leading characters of the film.

PEOPLE HAVE PLEDGED SO FAR
Kumail Nanjiani might be the new entry for Marvel's 'The Eternals' along with Angelina Jolie
Angelina Jolie and Richard Madden shooting for 'The Eternals' in England's Museum?
'The Eternals' to have a romantic angle between Kit Harrington and Gemma Chan? All we know
Angelina Jolie signs 'The Eternals' and fans finally get their new MCU superhero
Kumail Nanjiani says 'The Eternals' is the most epic of all the Marvel movies
Dwayne Johnson’s 'Project Rock' is launched in collaboration with Under Armour
Harvey Weinstein taken to hospital for chest pain as public trial ends with his conviction
Nick Jonas' debut as judge on 'The Voice' will only add to his total net worth; read
DO NOT MISS
PM MODI, TRUMP ON MARS EXPLORATION
NAWAB MALIK SLAMS FADNAVIS
CORONAVIRUS: IRAN MIN PRE-DETECTION
TOKYO ORGANIZERS, IOC GOING AHEAD AS PLANNED WITH OLYMPICS
MALANG BOX OFFICE COLLECTIONS
RAHMAN, KHANNA ATTEND PREZ'S DINNER