The Kissing Booth 2 actors Joey King and Taylor Zakhar Perez took social media by storm after they posted cozy pictures together. The two were seen in the latest movie on Netflix where netizens liked their on-screen chemistry. However, the fans of the actors have been wondering if the on-screen chemistry between the two continued in real life as well.

Ever since The Kissing Booth 2 has released, it has been garnering positive responses. But another thing that has been grabbing eyeballs is the relationship and bonding Joey King and Taylor Zakhar Perez have. The two in interviews with media portals revealed details about their dating lives.

Joey King has previously dated her co-star, and the two never failed to give their fans couple goals. While the fans of Joey were elated when she was dating her previous co-star in 2018, fans have been wondering whom she has  been dating now. In 2019, Joey King happened to break up with her then-boyfriend Jacob Elordi. Ever since her break up, she made her romantic life private.

Joey King and Taylor Zakar Perez answer who are they dating

A media portal asked Joey King and Taylor Zakhar Perez whom they are dating. Joey Kind did not comment on her relationship status. However, Zakar Perez told a media portal that he was not dating anyone.

The media portal asked the actor if he would ever date a fan. To this Taylor replied that he was a fan of Joey King. Taylor further told the portal that he wished she would date him.

Read Also | 'The Kissing Booth 2': Here Is The Star Cast Of The Much-awaited Netflix Sequel

What sparked rumours about Taylor and Joey’s relationship?

Recently, the The Kissing Booth 2 stars uploaded a couple of pictures which made the fans investigate more. In the pictures, Joey wrote, “got tested just so we could hug today". In another picture, she wrote, “favourite weirdo”. Check out the pictures below. 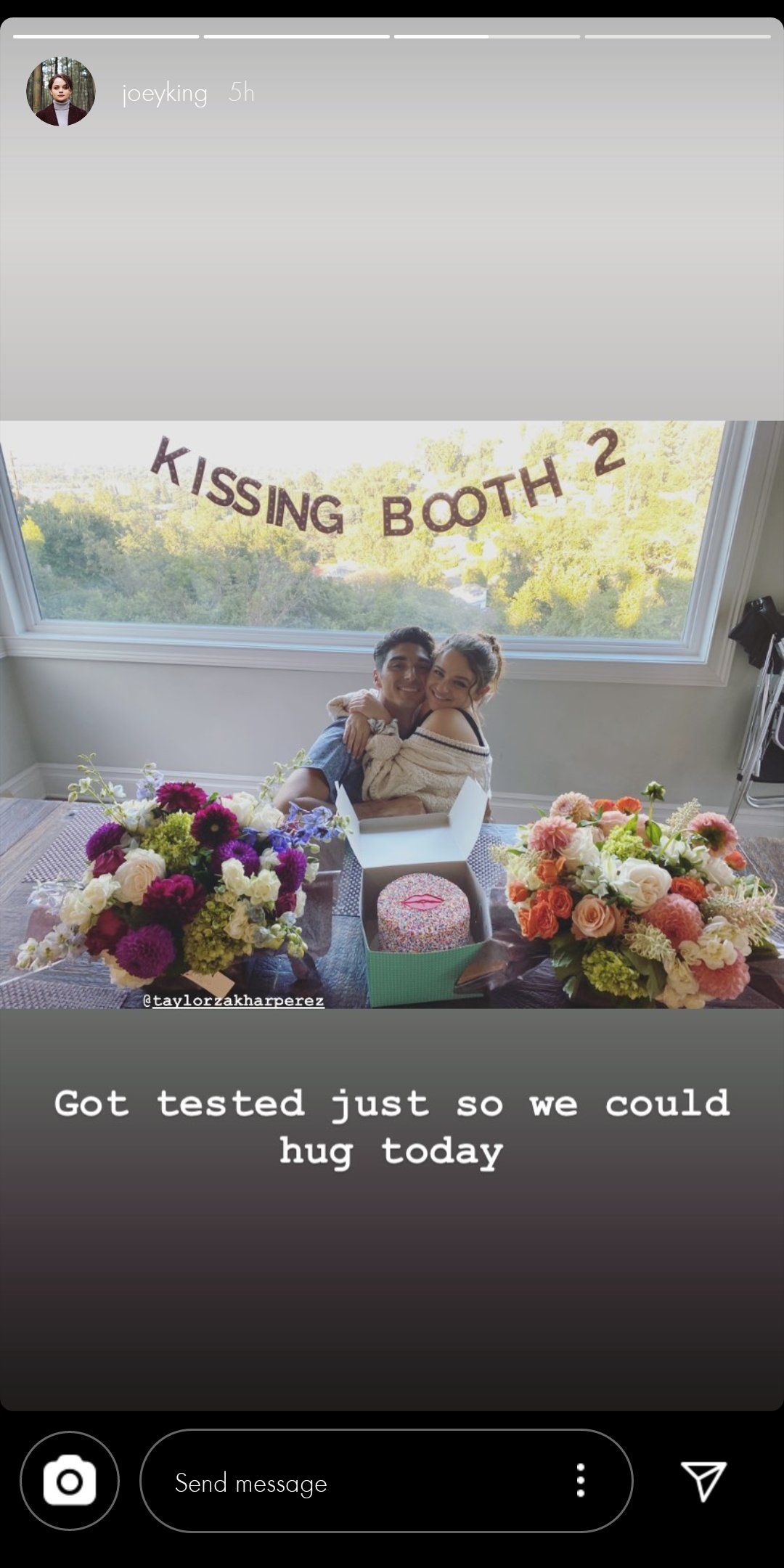 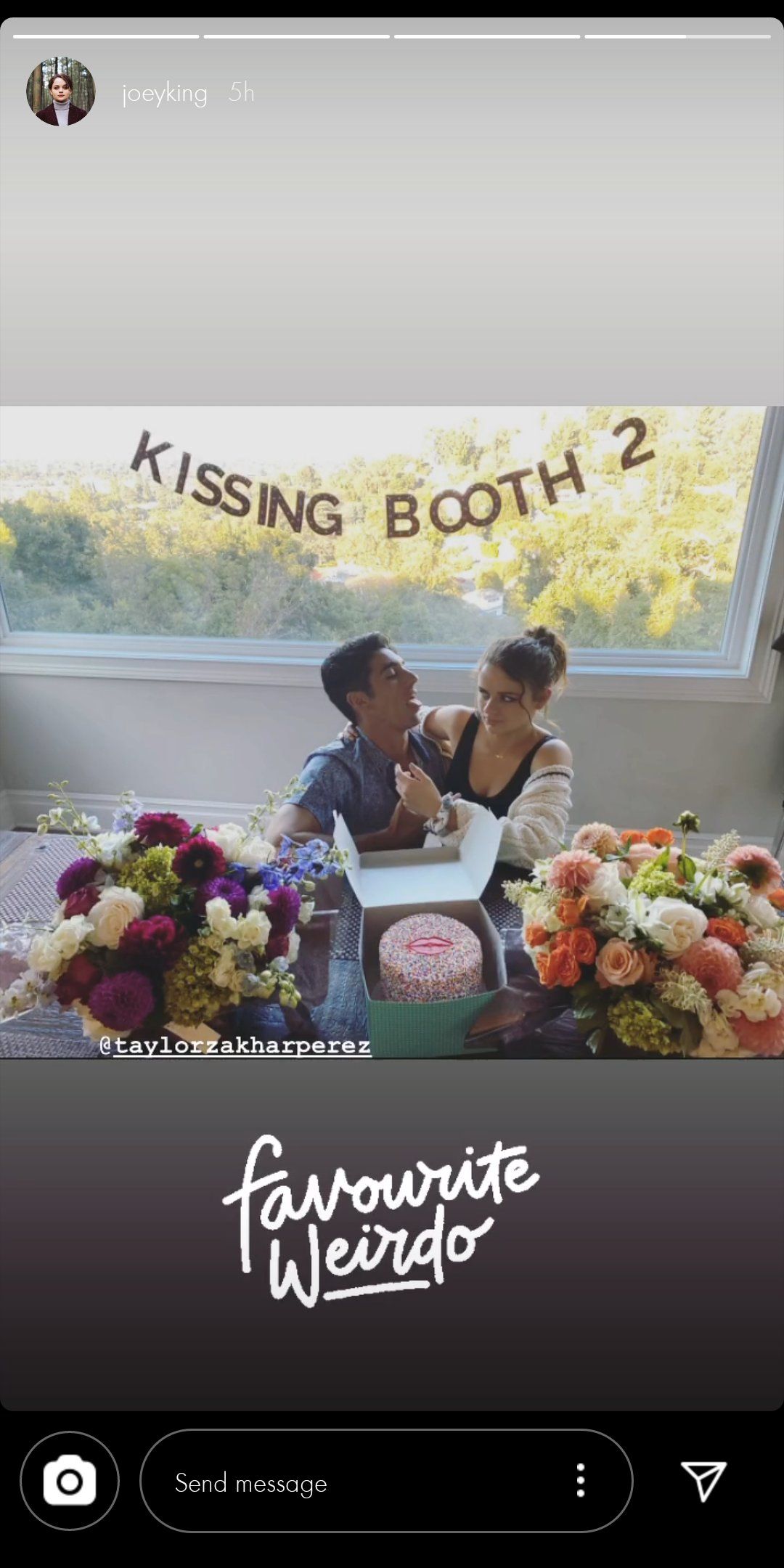 After the posts went up, fans of the actor flooded Twitter with queries and assumptions. Many fans asked if they were dating. Several other fans wished that the two would become a couple in real life. Check out some of the fan reactions below.

and then there's me, lowkey wishing joey king and taylor zakhar perez would date in real lifeðŸ¥ºðŸ¥ºâ¤

Plot of The Kissing Booth 2

The Kissing Booth 2 is a sequel of the popular 'coming of age' movie The Kissing Booth. The movie is about a high school senior Elle who juggles a long-distance relationship with her boyfriend Noah. She then befriends a handsome classmate who might change everything in her life.

Read Also | 'The Kissing Booth 2': Check Out The Net Worth Of The Cast; Read Details Here

Read Also | Wonderlust Song In 'Kissing Booth 2': Here Is A Peek At The Film's Soulful Soundtrack