Ming-Na Wen from The Mandalorian has described interaction with Star Wars icon Mark Hamill as one of the biggest highlights of her career and her life. Read on. 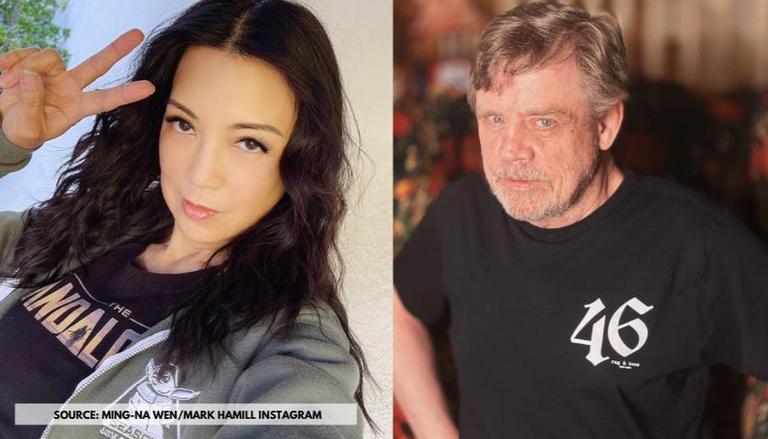 The Mandalorian star Ming-Na Wen has described her interaction with Star Wars icon Mark Hamill as one of the biggest highlights of her career and her life. In the tweet that can be found below, one can see that Ming-Na Wen, who plays Fennec Shand in The Mandalorian, has heaped praises for Mark Hamill, who has immortalised the character of Luke Skywalker. The below tweet can be found on Ming-Na Wen's Twitter account as well.

Also Read: 'The Mandalorian' Season 3: Find Out If The Show Will Have A Third Season

You (& Luke) have been immensely inspirational & impactful to my childhood & as an adult. To have shared a scene with you in @themandalorian is truly one of the biggest highlight, not just in my career, but in my life. Thank you. 😍❤️

Also Read: Mark Hamill Responds To Fans' Love For His Return As Luke Skywalker In 'The Mandalorian'

The above tweet is a response to Hamill's Tweet, who expressed his gratitude towards the reactions that his surprise appearance in the season 2 finale of The Mandalorian has garnered. Through the tweet that can be found below, Hamill can be seen communicating that he has been rendered absolutely speechless after seeing ardent Star Wars devotees react to his cameo. The tweet can be found below as well as on Hamill's Twitter handle.

What led to Ming-Na Wen's reaction to Hamill's post:

Mark Hamill appeared in the Peyton Reed-directed Chapter 16 of The Mandalorian, which also featured the Two And A Half Men star. The episode sees Hamill's Jedi Master of a character meet up with Pedro Pascal's bounty hunter and his teammates. The objective of the meet in question is to take Grogu aka Baby Yoda to where he belongs. The subsequent sequence in which he fights the Dark Troopers, which acted as a build-up scene, earned praises from the devotees. For the sequence, Hamill appeared as a de-aged version of himself, who helped in resurrecting his character through filming some motion capture sequences.  He was seen accompanying yet another iconic character, R2D2.