Unseen Pic Of The Day: You’ll Never Believe How Harry Styles Looked In 1999!

Harry Styles is one of the most famous pop icons of this century. Here's an unseen picture of his that fans would love to take a look at

Singer Harry Styles is popularly known for his songs Watermelon Sugar, Adore You, among many others. Recently, a picture of Harry Styles from the 90s when he was a little boy has been trending on social media. Take a look at this hilarious Harry Styles photo.

Harry Styles was born in 1994 in Redditch, Worcestershire. Here's an unseen photo of Harry from when he was 5 years old. The picture is hilarious as Harry is wearing a baseball jersey and posing with his biceps while wearing his mother's bra. He has a wide smile and seemed proud after flaunting the white bra and posing for the camera. Take a look at a young Harry Styles and his adorable picture. 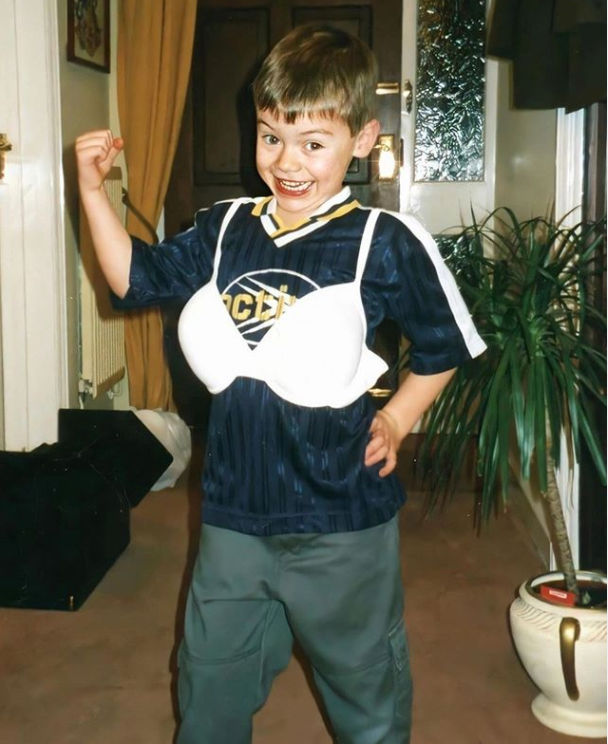 Harry Styles recently shared a throwback picture of the pop boy band One Direction. One Direction had millions of fans all over the world since 2010 when they were formed at X-Factor. The team includes Harry Styles along with Niall Horan, Liam Payne, and Louis Tomlinson. Zayn Malik was initially a part of the band too but departed in 2015. One Direction celebrated a decade this year in June. Harry Styles took to his gram to express his gratitude to the team and all their fans. Take a look:

He shared a picture from his song Watermelon Sugar on its release in May. In Harry Style's photo from the song, he is holding two pieces of watermelon in his hands. He is dressed in a yellow floral shirt and is sporting a pair of round glasses. Harry is on a beach along with two women. He wrote, "DO NOT TRY THIS AT HOME. Practice social distancing. Watermelon Sugar Video Out Now."

DO NOT TRY THIS AT HOME. Practice social distancing. Watermelon Sugar Video Out Now.

Harry Styles' songs, Watermelon Sugar, Fallin, Adore, Lights up and Kiwi have garnered him a huge fan following. His song Watermelon sugar had received over 2 million views within a few months. Harry has also written many songs for One Direction such as Everything About You, Change Your Ticket, Back for You, Last First Kiss, among many others.

Also Read | Harry Styles Addresses The Rumour Of Being The Next "James Bond"; Read More