'We Bought A Zoo' Cast: Know The Actors Who Starred In This 2011 Romantic Comedy Film

We Bought A Zoo cast had won the hearts of the audience with their performance in the film. Read ahead to know the cast and characters of the film. 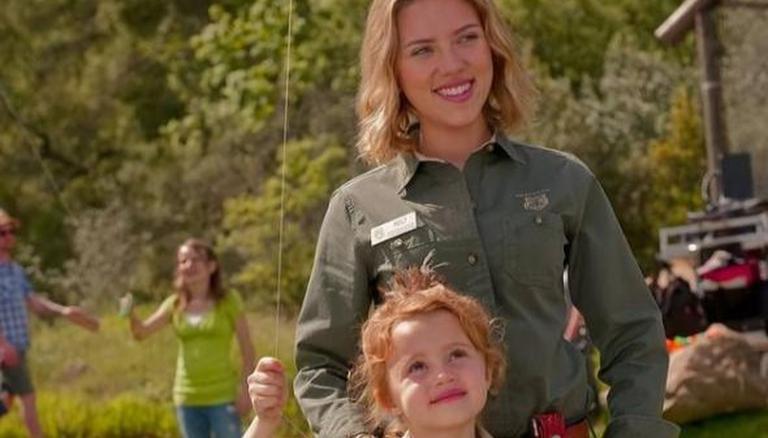 2011 romantic comedy film We Bought A Zoo was absolutely loved by the audiences. It is closely based on the memoir penned by Benjamin Mee which goes by the same name. The plot of the movie revolves around Benjamin Mee who is a widowed father. He purchases a ramshackle zoo and takes on the challenge of renovating it so that it can be opened up the public again. If one wants to know We Bought A Zoo cast, this article provides all the details.

We Bought A Zoo cast and characters

Matt Damon played the male lead of Benjamin Mee in the film. He is the widowed father of two children Dylan and Rosie Mee. He purchases a zoo to renovate it and get it open for the public again. He is popular for his role in the movie The Martian.

Scarlett Johansson played the character of Kelly Foster in the film. Kelly is the longtime zookeeper of the zoo which was purchased by Benjamin. She is romantically attracted towards Benjamin and also mother figure towards his children. Scarlett is known for her role as Black Widow in the Marvel superhero movies.

Thomas Haden Church played the character of Duncan Mee in the film. Duncan is Benjamin's elder brother. He is an accountant by profession. He also is the uncle of Dylan and Rosie. He is popular for his role in the 1990 sitcom Wings.

Colin Ford played the character of Dylan Mee in the film. Dylan is Benjamin's eldest son and Rosie's brother. He shares a rocky relationship with his father. He is attracted to Lilly who works at the zoo restaurant. He is known for his role in Daybreak.

Maggie Elizabeth Jones played the character of Rosie Mee. She is Benjamin's younger daughter, who is an inquisitive child. She loves getting to know things about the animals in the zoo and thinks that living in the zoo is a great adventure.

Elle Fanning played the role of Lily Miska. She works at the zoo restaurant and is the love interest of Dylan Mee. She and Dylan start off on a rocky note but eventually they makeup and fall in love.