Where To Watch Prisoners Of The Ghostland? Read Details Of The Upcoming Nicolas Cage Film

Nicolas Cage is back with another amazing action-flick, this time delving into the supernatural. Where to watch Prisoners of the Ghostland? Know all details. 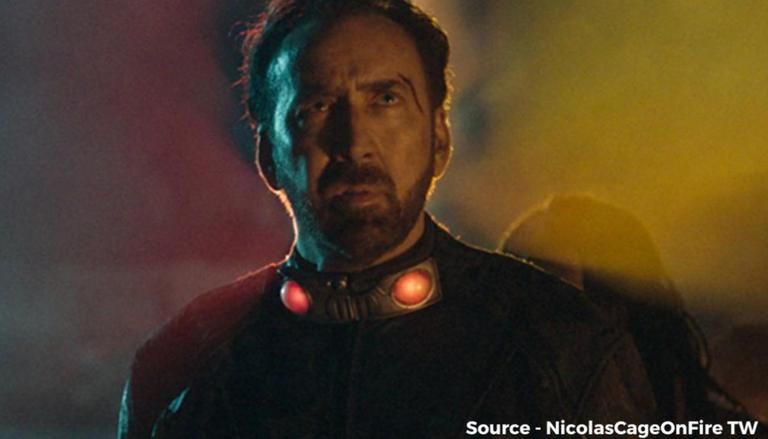 Nicolas Cage starrer Prisoners of the Ghostland is recognised to be one of the most awaited movies of 2021. The movie is directed by the celebrated Japanese cult filmmaker Sion Sono, who is known for making the most creatively bizarre films. The news of the duo collaborating for a film was enough to instigate a Twitter outrage from fans.

Also Read - DYK Nicolas Cage Turned Down The Part Of Neo In Iconic 'The Matrix' Franchise In 1999?

Where to watch Prisoners of the Ghostland?

On January 31, 2021, Prisoners of the Ghostland premiered at the 2021 Sundance Film Festival to a great response. As of now, there has been no confirmation of the movie's release on any of the popular streaming platforms. However, the creators have confirmed that the distribution rights have already been given to RLJE Films, which possibly hints that the movie may approach the nearest theatres instead of your small screens.

The plot of the movie centres around Hero (Nicolas Cage), a notorious criminal who has been tasked to rescue the governor's daughter, Bernice. Bernice (Sofia Boutella) is trapped in a dark supernatural universe and can only be rescued if Hero breaks the evil curse that controls the mysterious Ghostland. Nicolas Cage has previously described this movie as the wildest film he has ever made.

Prisoners of the Ghostland will be the English-language directorial debut of Sion Sono, although his worldwide popularity suggests otherwise. The film did not have the easiest pre-production as the director had undergone emergency surgery during the shoot that was followed by a heart attack, which eventually resulted in a halt.

Many critics said that the movie is tailor-made for the phenomenon that Nicolas Cage is. The mysterious world created inside the movie binds the Eastern and the Western worlds together, with visually stunning sets bringing it life. Having said that, many critics have argued that the movie is not for everyone as the ambiguous concept can irk up a few. But for any Nicolas Cage fan, the concept of the movie won't be a tad bit surprising as it definitely lives up to the star's standards and sticks out like a gold medal in his niche and unique genre.

Also Read - Movies To Watch On Netflix In February; 'To All The Boys', 'Inception' And More

Also Read - What Time Does 'The Great Escapists' Release On Amazon Prime?

WE RECOMMEND
Nicolas Cage's most memorable movie quotes that are sure to entertain fans
Listen to the latest songs, only on JioSaavn.com