Where Was '30 Minutes Or Less' Filmed? Here Are Major Shooting Locations

Netflix recently released the American action comedy film, 30 Minutes or Less. Helmed by Ruben Fleischer, the film stars Jesse Eisenberg, Danny McBride, Aziz Ansari and Nick Swardson in lead roles. The 2011 film has a huge fan following as many fans on Twitter are joyous about the fact that it is now available on Netflix. Read on to find out, “Where was 30 Minutes or Less filmed?”

Where was 30 Minutes or Less filmed?

A report in FilmingLocations.com reveals that all the 30 Minutes or Less filming locations, were mainly in Michigan. A place called Grand Rapids in Michigan was used for filming which continued from July to September 2010. The infamous bank robbery scene was filmed at the vacant Ludington State Bank building. Nick’s apartment is actually at the corner of College Ave and Wealthy St, Grand Rapids MI. The Major’s House is located at 5057 Grand River Dr NE, Grand Rapids MI. Chet’s School where Nick walks in strapped with suicide bombs is located is actually Brookside School, 2505 Madison Ave SE, Grand Rapids MI. The scene where Nick is stocking Up on Robbery Supplies is shot at Family Dollar, 730 28th St SW, Wyoming MI. 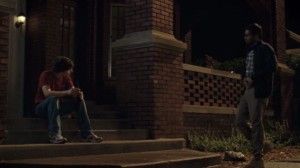 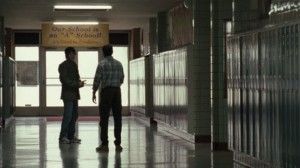 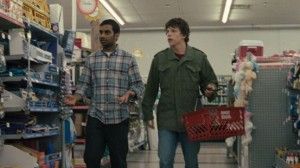 Read | Who is Jackie Tohn from Netflix's 'Best Leftovers Ever'? Find out

The film revolves around two crooks planning a bank heist. But given that they don’t have enough guts to rob a bank themselves, they wind up abducting a pizza delivery driver and force him to commit the robbery. The tricky part is that they place a strict time limit for the bank robbery. This heist comedy stars Jesse Eisenberg as Nick Davis, Danny McBride as Dwayne "King Dwayne" Mikowlski and Aziz Ansari as Chet Flanning (Douglas Subramaniam). Nick Swardson plays Travis Cord. The film also has Dilshad Vadsaria, Michael Peña, Bianca Kajlich and Fred Ward among other actors.

30 Minutes or Less has become one of the newest additions to Netflix's library this month. On its IMDb page, the film has received 6.1 out of 10 stars. In Rotten Tomatoes Audience score the film has got only 60 per cent. However, audiences on Twitter seem to be enjoying the film a lot. Here are some of the tweets about the film.

I heard “30 minutes or less” is good but I haven’t seen it yet. On Netflix!

30 Minutes or Less is on Netflix and I watched it and it got my wanting to watch the Netflix documentary Evil Genius again because the movie was inspired by the real life crime which is featured in the documentary.

30 minutes or less on netflix. I was going to watch lovebirds on Netflix later. If you're into comedy and action