Actor Kim Soo Hyun of 'Its Okay To Not Be Okay' fame declines the lead role in thriller series Finger by Netflix. Read on to know more details. 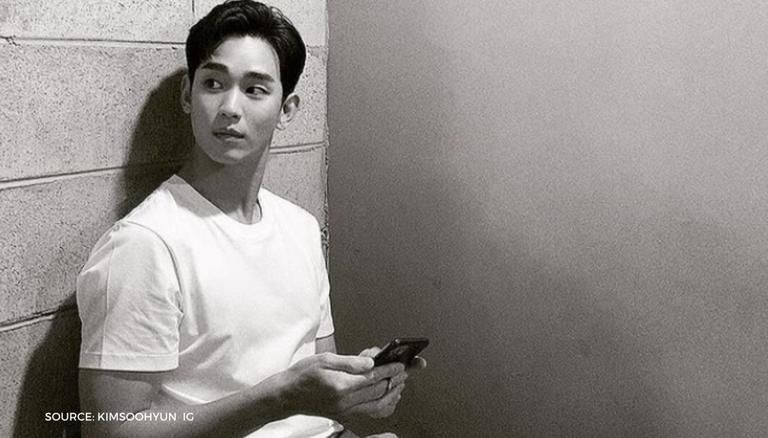 Kim Soo Hyun, who was highly acclaimed for his performance in the Korean TV Series It’s Okay To Not Be Okay, has reportedly declined to be a part of Netflix thriller series Finger. He was offered a pivotal role in the series back in November 2020, and the actor’s management company confirmed that he has turned down the role. Read further ahead to know more details:

In November 2020, Kim Soo Hyun was approached for a role in the upcoming thriller series Finger, on Netflix. Hyun who achieved critical acclaim for his role in It's Okay To Not Be Okay was offered to portray the role of a sociopathic murderer, in the TV series which was later announced to be an adaptation of the film American Psycho. However, it has now been disclosed that the actor has turned down the offer, as per reports in Soompi.

Kim Soo Hyun's agency Gold Medalist Entertainment shared the news that the actor was offered to play the role of the famous interior designer. who is a sociopathic murderer in the drama, but he has declined the offer. Finger will be directed by Jung Ji Woo who has earlier worked on projects including Tune in for Love, Heart Blackened, and Eungyo. The makers are now looking for another actor to fill in the role.

Also Read: 'The King: Eternal Monarch' To 'Start-Up': List Of K-dramas Popular On Netflix In 2020

The agency mentioned that the actor is reviewing some other projects; they said, “Kim Soo Hyun] is currently reviewing several offers as his next project”. The actor debuted with the show Crash Landing On You in a cameo role. He then played the lead in the show It's Okay To Not Be Okay and received the Grand Prize as well as AAA Hot Issue Award at the Asia Artist Awards, and the Popular Star Award, Actor, at the APAN Star Awards for his performance.

WE RECOMMEND
Recap 2020: 'It's Okay to Not Be Okay' & other top K Dramas to watch online
'The King: Eternal Monarch' to 'Start-Up': List of K-dramas popular on Netflix in 2020
Kim Soo Hyun says 'It's Okay To Not Be Okay' healed him, show sets finale TRP record
Start Up's Bae Suzy, Park So-Dam & other most popular K-Drama celebs of 2020
Hyun Bin and Son Ye Jin's relationship confirmed by their management agencies
Listen to the latest songs, only on JioSaavn.com