Who Is Molly Hurwitz? Here's All You Need To Know About Matthew Perry's Fiance

Friends star Matthew Perry has recently gotten engaged to his girlfriend Molly Hurwitz. Read on to find out who is Matthew's fiance Molly Hurwitz. 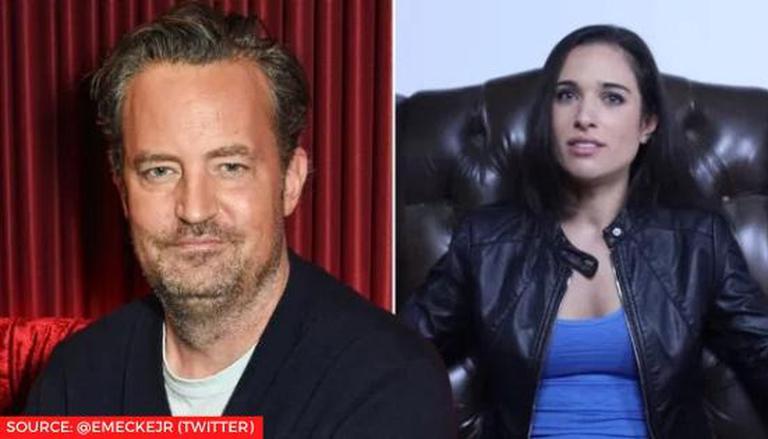 Matthew Perry is one of pop culture’s most favourite actors. Since he got the gig of a lifetime starring as Chandler Bing in Friends, he has become a household name worldwide. Although Perry got some roles in Hollywood movies, his career-changing opportunity came with Friends. The 51-year-old actor has remained very private about his personal life. However, recently the actor got engaged to his long-time girlfriend Molly Hurwitz. Read on to find out, “Who is Molly Hurwitz?”

Who is Molly Hurwitz?

A report in The Sun reveals that Matthew Perry has gotten engaged to a talent manager and producer named Molly Hurwitz. The couple was first rumoured to be dating in December 2019, when they had reportedly spent Christmas together. According to The Sun report, an insider has revealed that Molly has been seeing Matthew for months, as they both mix in the same circles.

Read | How many episodes and seasons are there in the popular sitcom 'Friends'?

Molly Hurwitz is a 29-year-old New Yorker, while Matthew is originally from Ottawa, Canada, but has spent a long period of time living in Los Angeles. Unlike many Hollywood insiders, Molly is not a party animal, she has rarely been seen in high profile parties. A source to the couple also reported to The Sun that the Hurwitz also has a vibrant sense of humour just like Matthew, hence the pair hit it off immediately.

The newly engaged couple will be moving to Matthew's new $6 million on a lavish home in Los Angeles. Matthew’s mansion reportedly also has a  complete vegetable garden, training pool and hot tub. In an exclusive interview with People Magazine, Matthew said that he had decided to get engaged after dating the greatest woman on the face of the planet. Molly Hurwitz does not have an Instagram handle. Prior to dating Hurwitz, Perry was in a six-year relationship with Lizzy Caplan before the couple separated in 2012.

Matthew Perry played Chandler Bing on NBC's Friends from 1994 to 2004. According to his IMDb page, he has also starred in films as Fools Rush In and The Whole Nine Yards. Since his gig on Friends, Perry has been featured in television series such as The Odd Couple and Studio 60 on the Sunset Strip. Matthew recently informed the Friends fandom that the long-awaited Friends reunion is scheduled to start filming in March 2021. He also claimed that 2021 was going to be a busy year for the Friends star cast.