AR Rahman recalled the days when he worked on the Oscar winning song 'Jai Ho' and how Danny Boyle had praised him after seeing the response the song received. 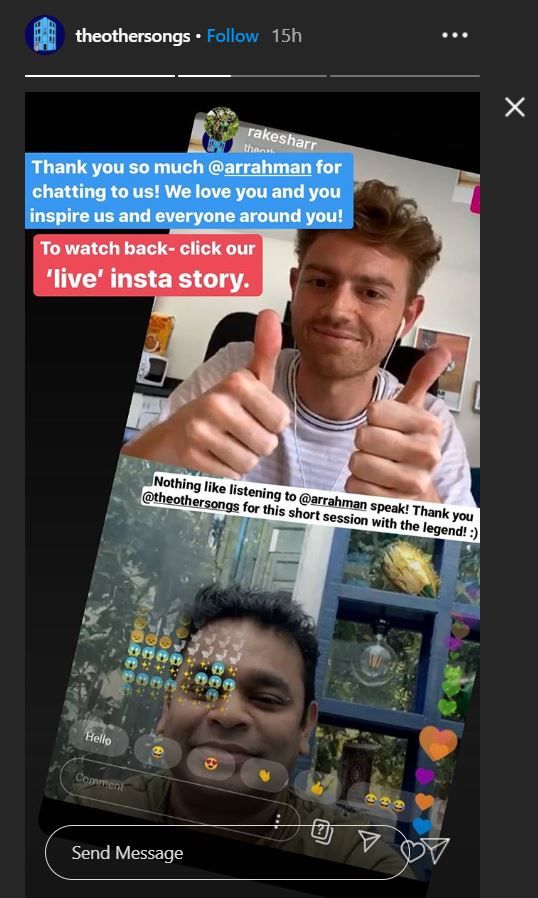 In the live session, AR’s Oscar-winning song, Jai Ho was mentioned and he was asked about the memories he had from that time. Reminiscing the days, he recalled having locked himself at his London studio for three weeks and working on the song. He further talked about how rapper M.I.A and Alka Yagnik had recorded for the project from New York and Mumbai respectively. He said that it was an “intense post-production” and compared those days with the current lockdown situation where everyone is recording and producing from their respective homes and studios.

AR Rahman recalled how Danny Boyle, Slumdog Millionaire’s film director, had called him from the Toronto film festival after he saw the response the film’s music had received. In the live chat session, AR Rahman said that it was because Danny Boyle does not use music like wallpaper in movies. AR Rahman said that he has worked hard for other films too but it got drowned, he felt like they received a step-motherly treatment.

Read | 'Get Your Shot Of Sun': Hrithik Roshan Shares Sun-kissed Selfie; fans Swoon Over His Look

Recently, AR Rahman had taken to his social media account and had shared the amount of hard work that goes behind the making one song, a piece that is worth remembering by. Hours after the release of the recreated version of his Delhi 6 song Masakali, AR Rahman had penned down a note and requested his fans to listen to the original song.

AR Rahman has often been vocal about how many of his original songs have been massacred whenever their recreated versions have come. Although it must be noted, in an interview with a media portal, AR Rahman had made it clear that he is not against remakes or recreated versions but if millions of people do that then it gets repetitive and cliched.