Badshah Shares His Never-seen-before Avatar On Instagram, Here Is What Sonakshi Commented

Badshah took to Instagram today and shared one of his looks from his upcoming music video Top Tucker with Rashmika Mandanna. See his Instagram post here.

Badshah's fashion game is always on fleek as the rapper never leaves a chance to flaunt his designer sweatshirts, jackets, and shoes. The Mercy hitmaker recently took to Instagram and shared a picture of himself, where he can be seen in a never-seen-before avatar.

Also Read | Badshah Opens Up About His Childhood And Ambitions, Says 'never Wanted To Do 9-to-5 Job'

DJ Waale Babu singer Badshah took to Instagram on February 10 and posted a picture of himself wearing the traditional South Indian attire. He donned a plain white shirt with a white veshti with golden borders. He could also be seen wearing his signature big framed glasses and posed in a funny way, with a pistol in his hand. His caption read, "One selfie da. TOP TUCKER RELEASING ON ....." The South Indian attire that Badshah has worn is one of the looks from his upcoming music video Top Tucker with Rashmika Mandanna. You can see Badshah's Instagram post here:

Also Read | Badshah Reveals His Parents' Reaction To Him Taking Up Music As A Career; Deets Inside

Badshah is followed by 6.1 million people on the social networking site and his picture in the South Indian attire garnered close to 92K likes within a couple of hours of posting it. The rapper's friends, fans, and followers also took to the comments section and complimented him. While actor Sonakshi Sinha wrote, "Vibe", dancer Piyush Bhagat said, "Kaleen bhaiya ðŸ˜œ". You can see a few of the comments here: 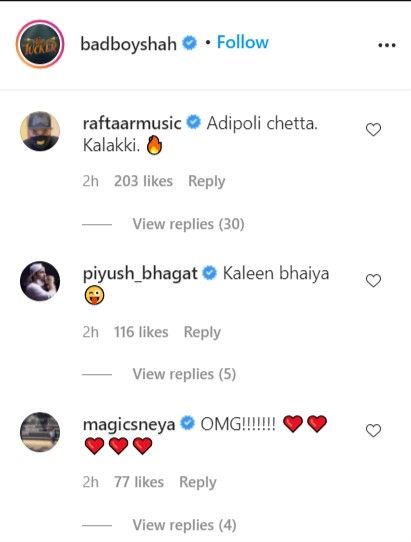 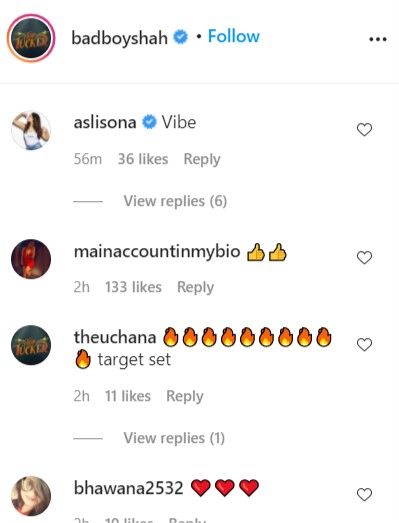 Actor Rashmika Mandanna recently took to her Instagram handle to share the news of Top Tucker's teaser release on Youtube. The teaser was out two days ago on February 8, 2021, and has gained 3.6 million views until now, and is currently trending at number 12 on Youtube. The teaser gives an interesting hint about the plot of the music video. There are double roles of both Badshah and Uchana Amit in the 2-minute long teaser. Badshah and Uchana Amit's double role can be seen in conversing in Telugu and wearing dhotis and representing the culture of South India. Whereas, Rashmika Mandanna can be seen in a unique costume of a queen and sitting on a throne.  It is also revealed that there will be four men fighting to win the queen aka Rashmika Mandanna. You can see the teaser of Top Tucker here.