Billie Eilish recently took to Instagram to share BTS from her new music video 'Therefore I am'. Take a look at how fans responded to the same

Billie Eilish recently took to Instagram to share 'Therefore I Am' BTS with her fans. The singer uploaded multiple pictures and videos where she could be seen dancing, running around an empty mall and showcasing her nails. Take a look at her post and see how fans responded to the same:

In the first picture, fans can spot the singer in an all-black outfit with her pet pit bull. She is seen posing in front of naked mannequins and has her face covered. Fans of the artist will be able to notice that the mall in which the picture is clicked is featured in her new song 'Therefore I Am' music video. In the next video, she is seen running around in the mall. A man is seen filming her with a phone. In the next video, the star can be seen in a golf cart riding around with her security. One fan mentioned in the comments that it was good to know that the singer actually didn't walk around an empty mall.

The next post is a video of the star with a friend. They are both doing the 'Try not to dance challenge'. Both the artists are seen twerking, dancing, laughing and enjoying themselves. In the next pictures, the singer showcases her nails. The shots are all from Billie Eilish's music video for her latest song, where she is seen running around in an empty mall while stealing food.

The singer also added a small caption with her post. She mentioned to her fans that the pictures and the videos were BTS from her recent song. She finally added - 'empty mall at 4 am u see us doing the try not to dance challenge and faaaaaaailing. this shoot was so chaotic LMFAO we had so much fun'.

Many fans liked and commented on the post. Fans mentioned in the comments that they loved Billie Eilish's songs and mentioned she looked very good. One fan added - 'thank u for making me happy omg'. Take a look at the comments on her post: 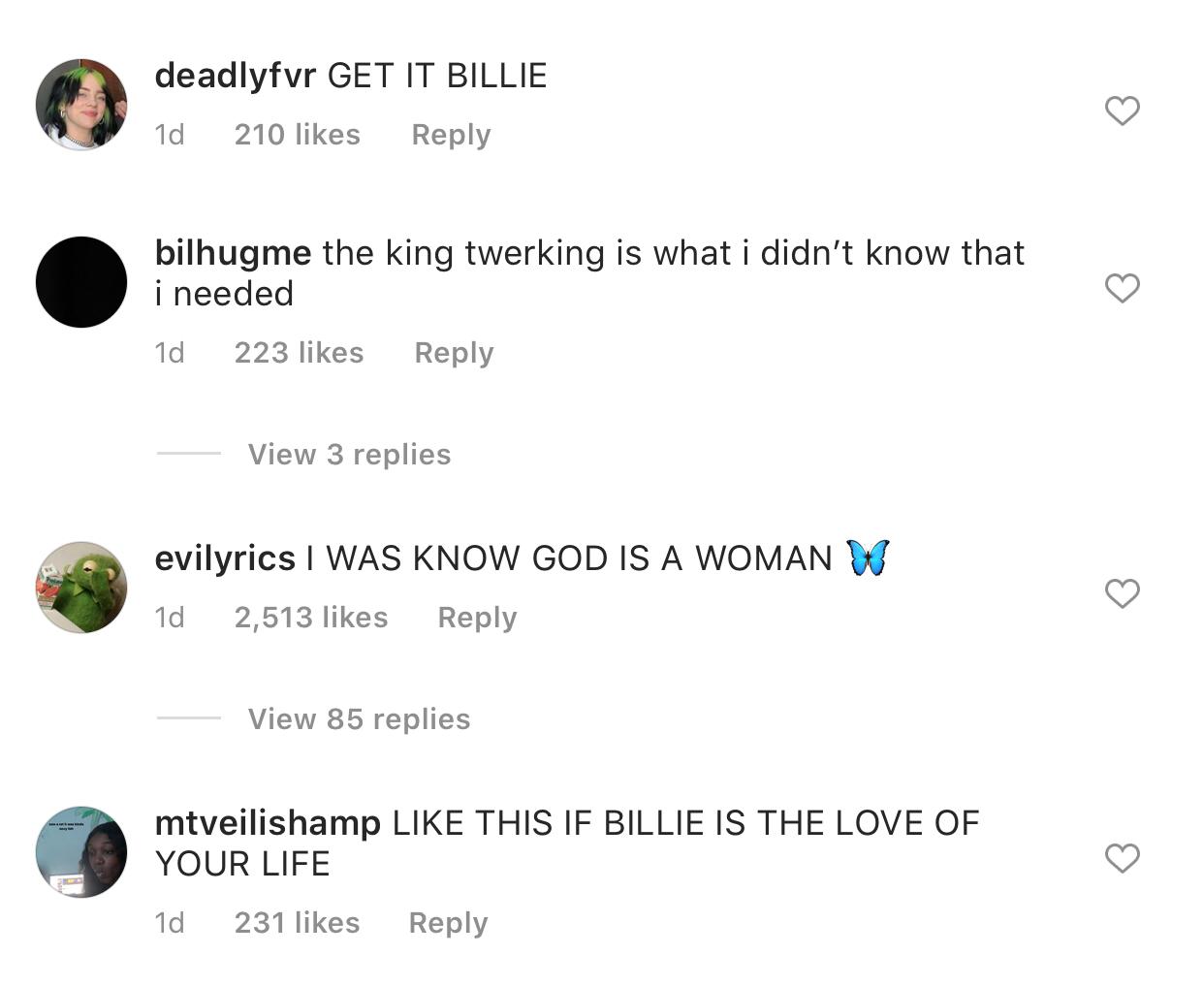