In a gesture to show his support for BTS, a superfan of Jimin buys 5,000 copies of magazines featuring the K-Pop band. Read on to know more about his here.

Due to the global outbreak of Coronavirus, people all over the world have started panicking to the extent that many are buying toilet rolls, sanitizers and hand wash in bulk quantities. But amidst all this a fan of the K-pop band, BTS has done something extremely different. Oli London, identified as the BTS fan in question, has reportedly bought  5,000 copies of K-Pop Magazine to show his support for the K-Pop band.

In the post shared on his Instagram account, Oli London has written that the only thing he needs during this time of Coronavirus crisis is BTS. He has posted a video of 50 boxes filled with magazines on BTS. These have been apparently brought in to help him survive Coronavirus quarantine.

Oli London seems to be an ardent fan of the BTS member, Jimin. He has also shared pictures of him holding a newly-launched magazine on the K-pop band which also features them on the cover. The magazine also apparently has an article on Oli London himself. He has declared,

"While people have been rushing to buy essential products like toilet roll and hand sanitiser, for me all I need to feel safe and happy is magazines filled with pictures of BTS, Jimin and myself. There is a whole two page article featuring some photos of me and talking about my marriage to my cardboard cutout of Jimin.

I love the photos of Jimin so much so I decided to order 5000 copies. Why not? They are really great photos of me and BTS. I cannot stop looking at them."

Also Read: Suga's Birthday: A Few Things About The K-pop Star That The 'ARMY' Should Know About

Oli London is a superfan of the K-Pop band BTS, especially Jimin. In fact, he had reportedly spent $150,000 to look like Jimin through plastic surgery. Many people had called him self-obsessed for doing such a thing. However, his recent activity has garnered more attention leaving fans shocked at his obsession for the K-Pop band. Last month, this reality star had also made headlines for marrying a cardboard cutout of Jimin in a Las Vegas ceremony which aired on many international news portals. 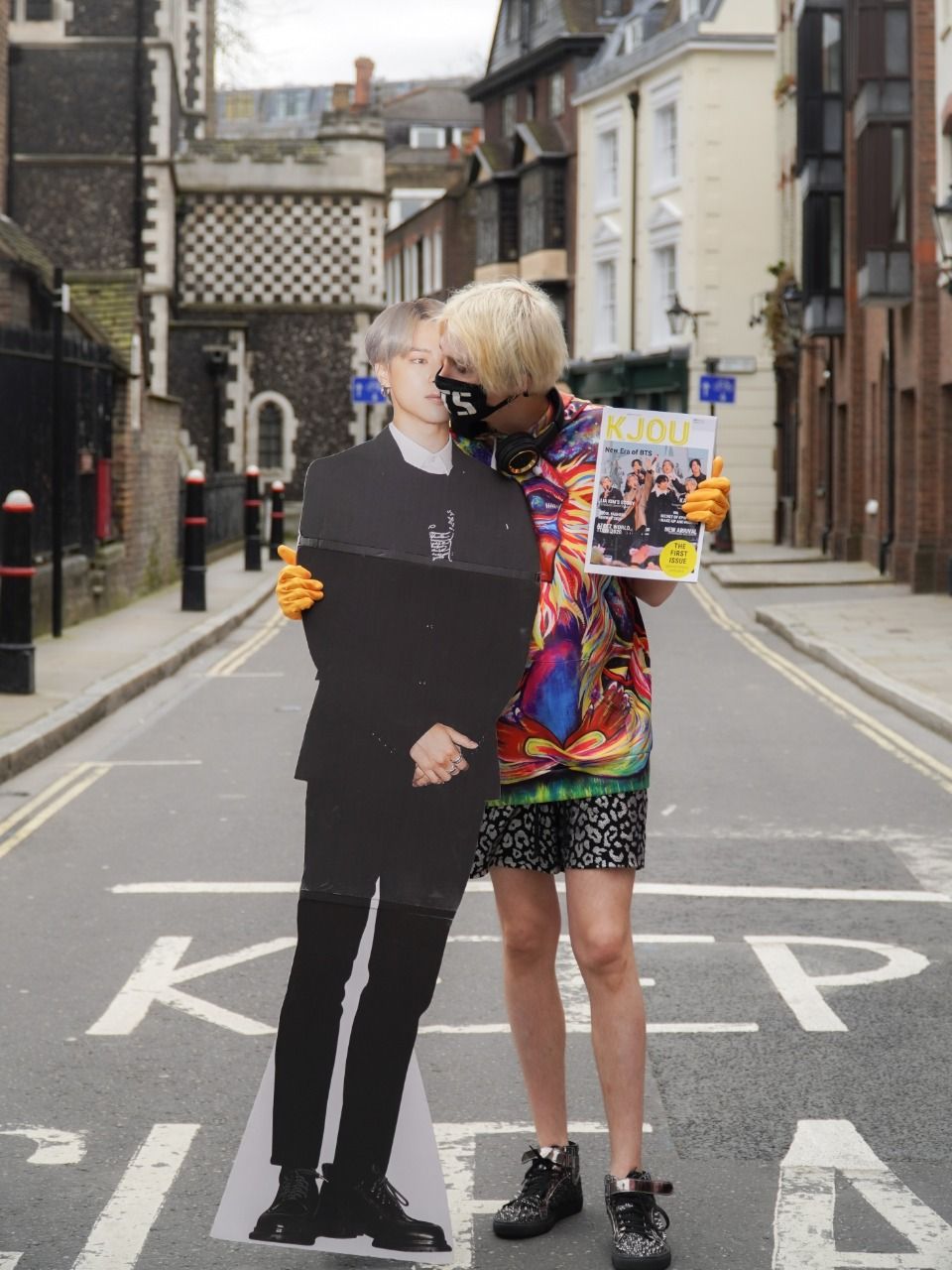 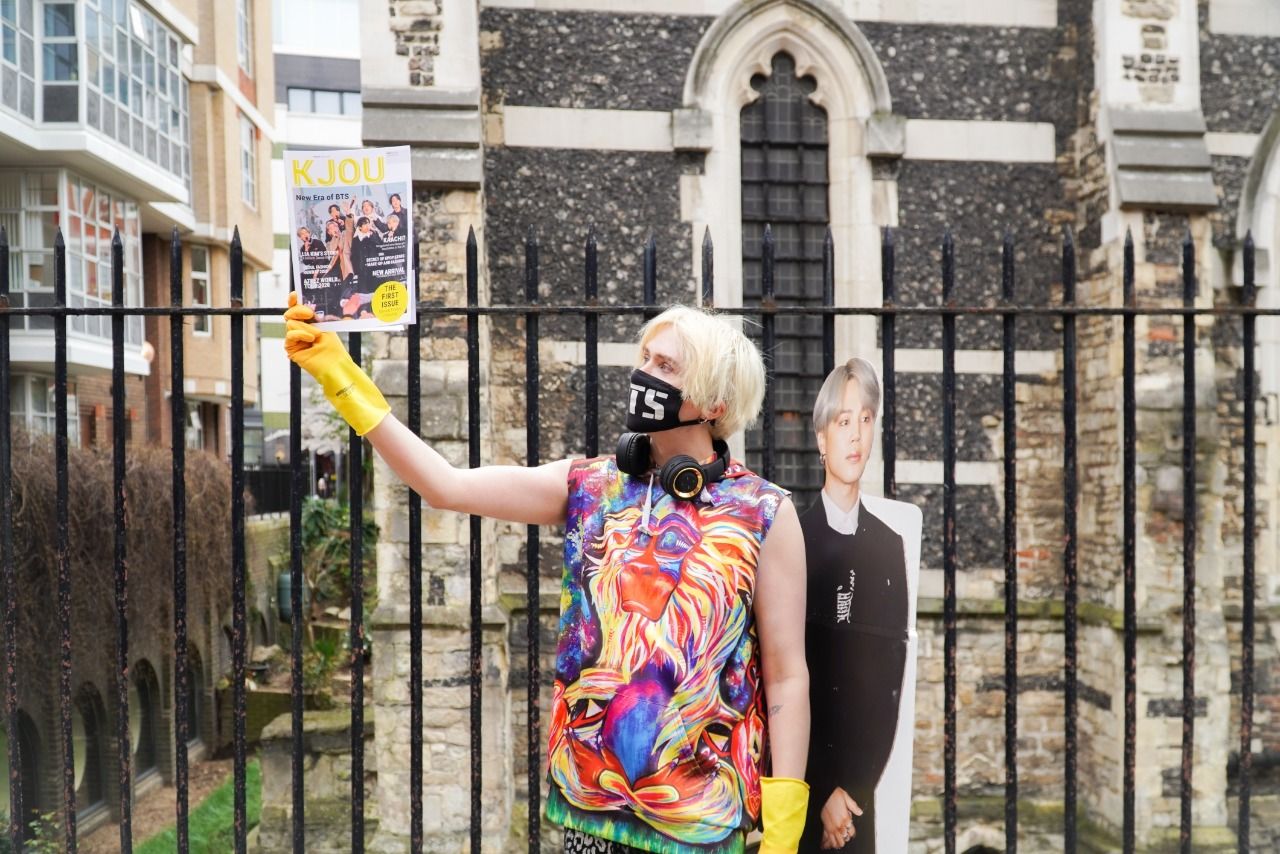 PEOPLE HAVE PLEDGED SO FAR
Beyonce sang solo since the age of 7 & other interesting trivia about the star
Sona Mohapatra opens up about what inspired her to make documentary film 'Shut Up Sona'
Drake shares first pics with his 2-yr-old son Adonis, opens up about missing his family
Backstreet Boys perform 'I Want It That Way' amid being quarantined from different homes
'Help as much as you can': Lata Mangeshkar donates Rs 25 lakh to Maha CM Relief Fund
DO NOT MISS
JASLOK HOSPITAL ISSUES STATEMENT
COVID19: AZIM PREMJI PLEDGES 1125CR
ARVIND KEJRIWAL ANNOUNCES EX GRATIA
DELHI POLICE WARN AGAINST FAKE NEWS
ABBASI SLAMS IMRAN KHAN
BHAJJI RELIVES BATTLE WITH AKHTAR