Cardi B Claps Back At Troll After Explicit Photo Incident; Says 'I Breastfeed A Baby'

Cardi B recently hit back after she was trolled for posting a topless picture on Instagram. The actor replied to a user who made a comment on her body.

Cardi B was recently trolled after she accidentally posted a topless picture on her Instagram. The actor took to Twitter to address the same and also mentioned that it was a big mishap. One of the users on Twitter made a derogatory remark on Cardi B’s Twitter post and the singer decided to shut him down.

The social media user made a comment where he made a wrong remark by commenting on her breast size. The singer replied to the user and mentioned that she breastfed a baby for 3 months. She also wrote, “t****** got bigger, so n****** got bigger”. Cardi B welcomed her first child Kulture Kiari Cephus on July 10, 2018. 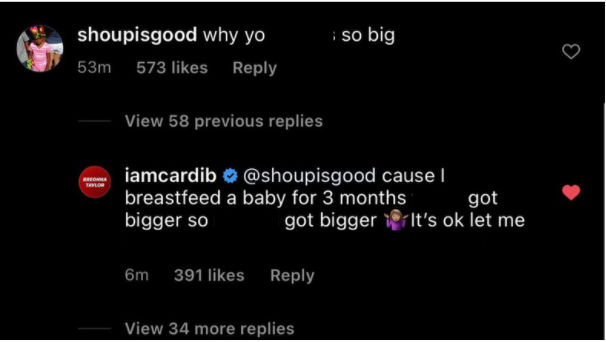 Also Read| Cardi B shares a clip from 'Bet You Wanna'; says 'I got permission to post'

Cardi B accidentally posts an explicit picture of herself on Instagram

Recently, Cardi B accidentally shared a nude picture of herself on her social media. However, Cardi B's leaked photo was taken down by her later. After taking down the picture, she immediately took to Twitter to post a voice note where she talked about it. In her Twitter voice note, Cardi B said that she will not be thinking about it. She said that this hasn't happened for the first time anyway. She also added that she was a stripper before so she wouldn't care anymore.

She ended her message by saying that even celebs aren’t immune to making mistakes of that nature. Some fans speculated that someone must have hacked her account and leaked those pictures. But Cardi B's Instagram story, in which she said that she didn't want to sue anybody for it, meant otherwise.

To BARDIGANG ONLY...Yaaa been trying me all day and I’m tired of it .Listen here so I can tell ya how I feel ðŸ˜’ðŸ˜’ðŸ˜’ pic.twitter.com/kO7X3Ayf5Q

Also Read| Cardi B's birthday: How well do you know the 'Bodak Yellow' star? Take the quiz to know 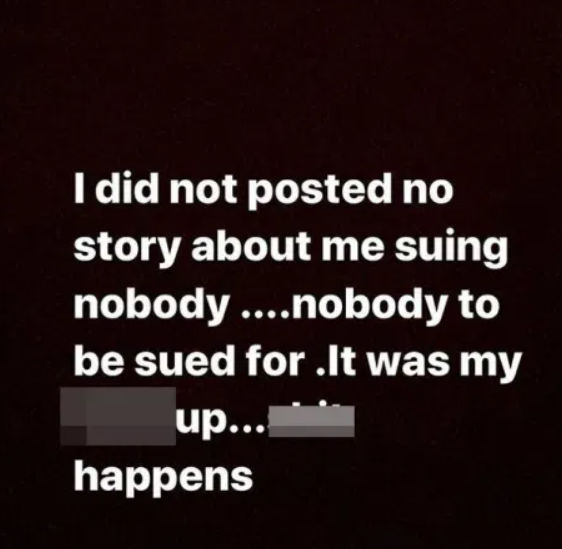 Also Read| Cardi B and Offset get affectionate during her birthday party; spark patch-up rumours

Cardi B had filed a divorce with her husband rapper Offset in September as she accused him of cheating on her. However, during her birthday, she was seen kissing her husband after a steamy dance at her party. Rumours have sprung up about their patch up. Offset even bought her a Rolls Royce and called her 'his girl'. On behalf of their two-year-old daughter Kulture, he put up a billboard on a street wishing her mother. On Cardi B's Instagram video of the billboard, she wrote 'Thank you Mr', addressing Offset and said that she loved the surprise.

Thank you sir ðŸ˜ðŸ˜ðŸ˜I love it

Also Read| Cardi B accidentally leaks a private pic on Insta: 'Not going to beat myself up about it'