Cardi B Responds To 'Up' Plagiarism Accusations, Says 'It Is A Popular Phrase'

Cardi B recently released her new single 'UP'. Within hours of its release, two artists accused her of copying the lyrics. Read what Cardi B had to say. 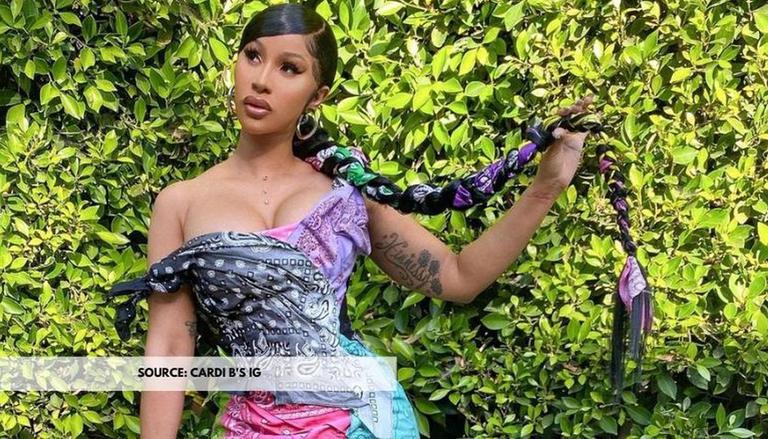 Rapper Cardi B released her new single 'Up' on Thursday night. Within hours of the release of her song, she faced accusations of plagiarism. Artist Mir Pesos and Mir Fontane took to their Twitter to call out Cardi B for copying the lyrics of the song. Since the accusation, many fans have come forward to defend her. They are releasing the proofs that claim that Cardi B was planning on creating this song way before the duo released the song. Read further to know more about Cardi B's song Controversy.

Also Read: Cardi B turns 'Spirit of Ecstasy' in the steamy music video of 'Up'; fans gush 'Iconic'

Since the release of Cardi B's song UP, the video on YouTube has hit 10 million views within a day. Artist Mir Pesos took to his Twitter account to upload a video where he has compared the chorus of both songs. He accused Cardi B of copying the lyrics of his song titled, 'Stuck'. Check out his tweet.

Cardi B took to Twitter to post a video from the time when she went live for her song with Megan Thee Stallion. In the video, the rapper can be seen singing the chorus of the song and she said it dates back to August 7, 2020. Check out her tweet.

Also Read: Cardi B takes the internet by storm with her pole dancing video | Watch

Mir Fontane took to his Twitter to share a screenshot of his song where he highlighted the date of the release. The highlighted part shows that the video was released on August 6, 2020. Check out the tweet.

Cardi B finally shared a compilation of videos that were shared by Instagram user OfficialKenBarbie. While replying to a Twitter user who accused her of not being original, she said that 'Up and Stuck' are very common words and it isn't new. Check out the video.

This is such a popular phrase and soo many people shit sound https://t.co/KNqyUNaMum mean to tell me I copied like 8 songs ? 🙄🙄STFU tired of explaining this shit https://t.co/H3KrV0iHTN pic.twitter.com/y91UF1IyZo

While promoting this song on her Instagram, one of the users asked her to stop copying and that she will be sued for doing so. To which, Cardi B replied that she hasn't stolen any beats and that she is not a producer. In the reply, she wrote the process of how a song is made and asked the user to learn more about the industry. Check it out. 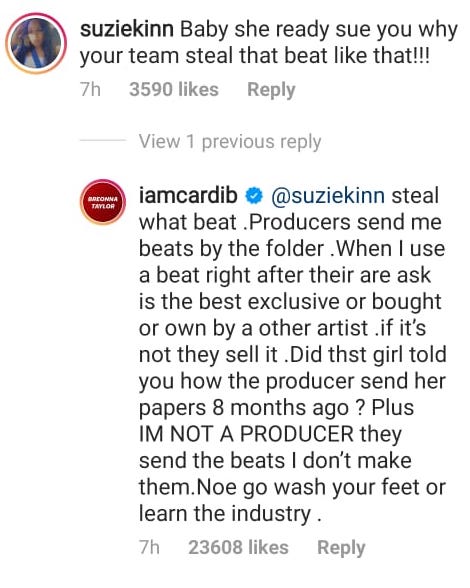 WE RECOMMEND
Cardi B goes on a Twitter rant about her acne; Kehlani comes to the rescue; Details Inside
Cardi B turns 'Spirit of Ecstasy' in the steamy music video of 'Up'; fans gush 'Iconic'
Cardi B announces her new single 'UP'; to release on February 5th
Cardi B shares an adorable childhood pic; indulges in wordplay to promote upcoming project
Cardi B takes the internet by storm with her pole dancing video | Watch