Dave Philips, Guitarist With Frank Black And Tommy Stinson, Dies Of Cancer At 52

Dave Philips who played the guitar for The Pixies’ Frank Black, The Replacements’ Tommy Stinson and others died of cancer on February 22. He was 52 years old

Instrumentalist, songwriter and guitarist Dave Philips has died of cancer, aged 52 in Los Angeles on February 22, 2021. He played the guitar for The Pixies’ Frank Black, The Replacements’ Tommy Stinson, Guided By Voices’ Robert Pollard among other artists. Dave Philips was the preferred guitarist in some of the post-punk and alternative rock's influential figures in music. His friend and longtime collaborator Frank Black said in a statement that he was not just a "wonderful musician, but also a wonderful person". Tommy Stinson noted that he was the "sweetest, gentlest man" he's ever known. The Pixies also shared their tribute to the late guitarist on their social media.

The American alt-rock band The Pixies shared their tribute to the late singer on their Instagram and wrote, "PIXIES are devastated by the loss of guitarist Dave Philips, who is dear to all the bands and musicians that worked and played with him.
He was a peaceful man, always spoke kindly of his fellow humans, and loved life almost as much as he loved his beloved daughter Marlowe. Those that knew him are better people for his true sweetness." They asked fans to come forward and share their memories and tributes in the comments. 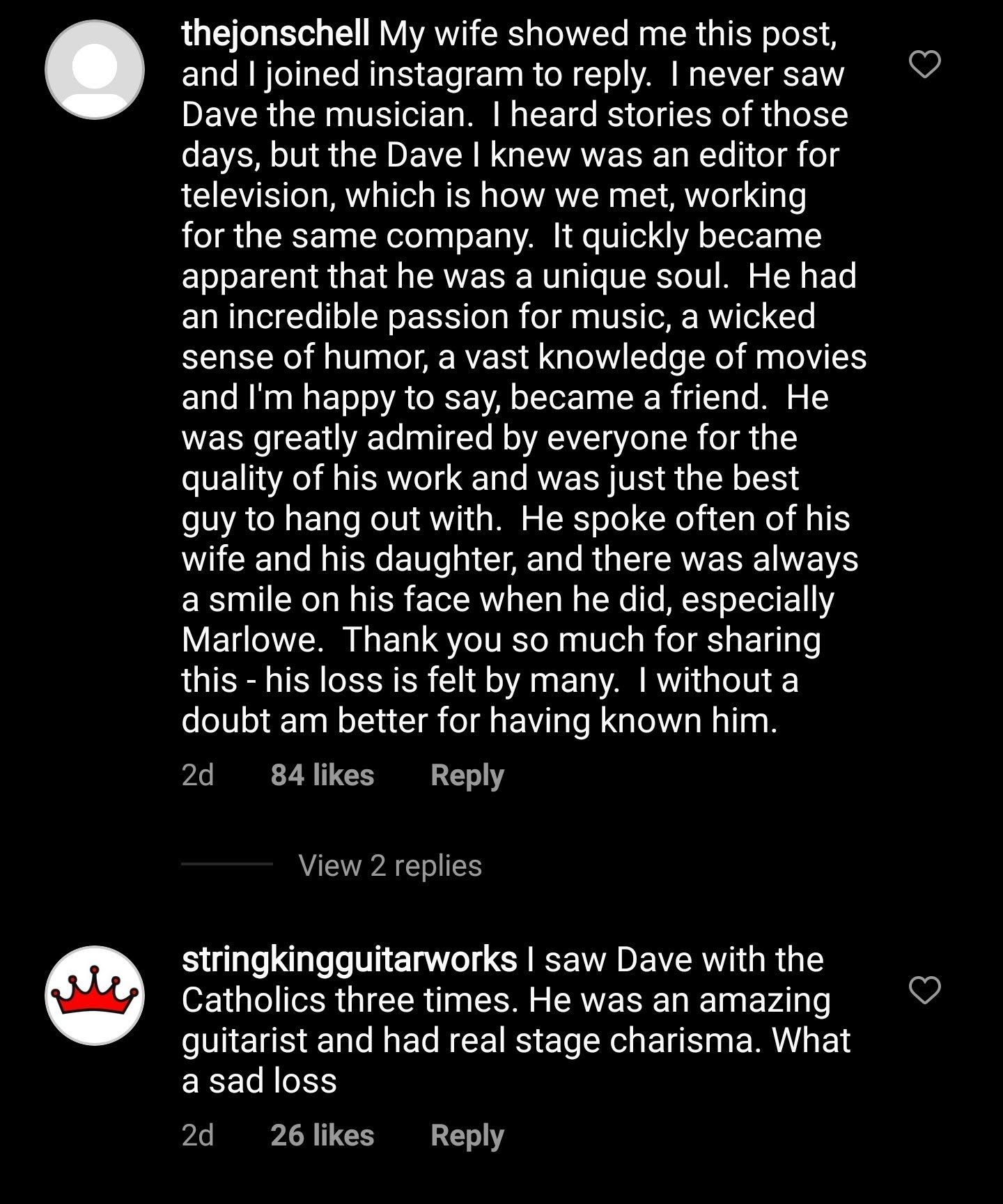 The Replacements' Tommy Stinson also paid a tribute to the late guitarist and his fellow collaborator on Instagram. He wrote, "We lost a great guitar player, great dad, and just all-around fine, a sweet friend on Monday! He will be missed by many who had nothing but love and adoration for him! I’ve never known a kinder soul as dave Philips. r.i.p. me brother!". Take a look at his post below.

Read more| BTS Gives Parting Speech On MTV Unplugged, Says ''We Miss You So Much ARMY!"

Who was Dave Philips?

According to Variety, Dave Philips was born in Florence, Alabama and moved to Georgia as a kid. As a teenager, Philips gravitated to the flourishing music scene and had small-time gigs with several local bands like Little Debbie and Redneck Greece Delux. In 1994, he began working with Athens singer-songwriter Jack Logan and features on his single Bulk. Philips eventually became a part of Logan's band Liquor Cabinet where he composed songs like 1996's Mood Elevator and 1999’s Buzz Me In. The group would go on to do memorable performances on the NBC Today Show and Late Night with Conan O'Brien.

During the late '90s, Dave collaborated with The Pixies main member Black, where he would perform as part of The Catholics band and would perform many singles with Black such as 2000’s Dog In the Sand to the 2015 concert album, Live at Melkweg. In 2005, Philips was hired by Guided By Voices frontman Pollard and joined his new group The Ascended Masters. Dave Philips was also well known for his collaborations with other rock artists like The Lisa Marr Experiment, singer-songwriter Moris Tepper, and The Tommy Keene Group. Dave is survived by his partner Kathleen and his daughter.