Dua Lipa in an interview spilled the details about her relationship with Anwar Hadid. She talked about why they are so private as a couple on social media. 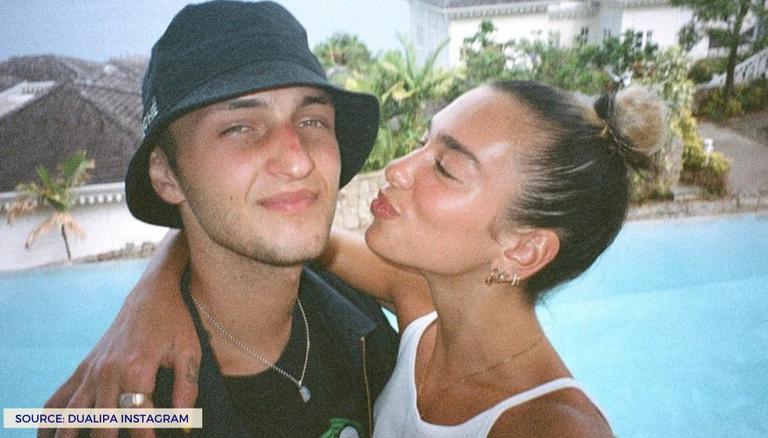 Dua Lipa has finally spilt the beans about her relationship with boyfriend and model Anwar Hadid. During the cover story interview of a fashion magazine, Dua Lipa talked about why she and Anwar Hadid are so private about their relationship. She also reflected about her bad history with social media in the interview. Find out more details about this story below.

Lipa spills details about her ‘private’ relationship with Hadid

2020 was a disastrous year for the entertainment industry and the world in general due to the pandemic. Many artists ended up postponing their album releases and tours due to the lockdown. But one artist who was ‘levitating’ high, was Dua Lipa. The 25-year-old recently featured on the cover of a fashion magazine, British Vogue.

During the cover story for the magazine, Dua Lipa revealed details about her relationship with boyfriend Anwar Hadid. Anwar also a model, is the brother of supermodels Gigi and Bella Hadid. In the interview, Dua Lipa revealed that she has shared some incredible memories and experiences with Anwar. But while the two are often spotted together and have been dating for one and a half years, they chose to keep their relationship private on social media.

While talking about this decision, Dua Lipa revealed that they chose to be “quite private” and “show you as much as” they want others to see. She added they both are excited to be in love but finding the right balance between sharing and “not wanting to put too much out there”. Dua Lipa ended her answer by saying that she just wants to be “happy in this relationship without having other people’s opinions”.  This anxiety has now led to Lipa’s management handling her Twitter account.

During the interview, Dua Lipa also reflected on her tedious relationship with the internet. Even though social media helped her become the pop sensation she is today, Dua Lipa revealed that reading hateful comments on the internet would give her “anxiety”. She added that the comments messed up with her “confidence” and would make her “super-nervous” about everybody’s opinion.

Also read | Dua Lipa Speaks About Cyberbullying, Says 'something That Gave Me Anxiety'