Fortnite Dua Lipa Emote Now Available In The Item Shop; Here's How Much It Costs

The new Dua Lipa emote has been added to the Fortnite Item Shop. Continue scrolling to learn more about the emote and find out how much it actually costs. 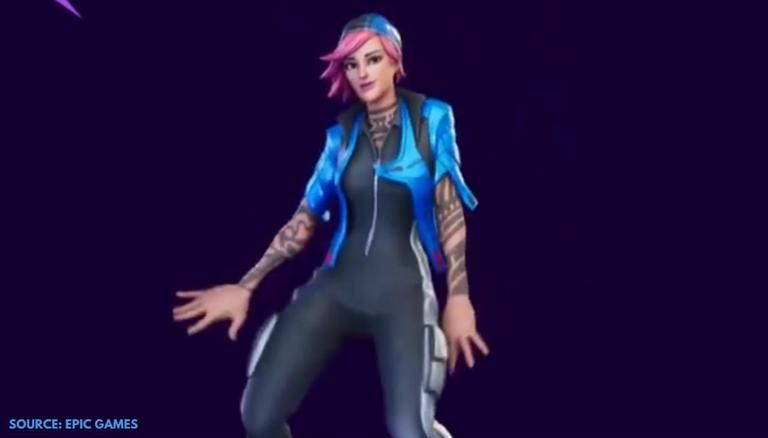 Fortnite Chapter 2, Season 5 has proved to be one of the biggest seasons in the battle royale game thus far. The gaming company has surprised Fortnite fans by introducing a newly designed map, new NPCs and a slew of cosmetics. And if that's not enough, the developers have now added a new Don't Start Now emote in the Fortnite Item Shop which has been inspired by popular English singer and songwriter Dua Lipa and her popular single of the same name. The dance moves for the song were choreographed by Australian TikTok star Hannah "thexhan" Balanay.

Also Read | Fortnite Athleisure Assassin Skin Is Back In Item Shop: How Much Does It Cost?

How much does the Dua Lipa emote cost?

Fortnite fans who are looking to get the new Don't Start Now emote can now purchase it by heading over to the Fortnite Item Shop. The Dua Lipa emote is available for just 500 V Bucks.

Better on the other side.

Grab the Don't Start Now Emote with moves by @imthexhan and music by @dualipa in the Item Shop now! pic.twitter.com/rux2nusTQt

Emotes have been one of the most prominent gameplay aspects of the battle royale game as it gives players an opportunity to express themselves in a number of ways. The latest Don't Start Now emote was first teased by the company over the weekend through its Twitter handle before it was released. The Dua Lipa emote is now available for all Fortnite players around the world.

Epic Games has also released the next batch of weekly challenges for Fortnite Season 5 Week 5 and it is now live on servers. Players can complete the challenges to level up their Battle Pass for the season and boost XP. However, players need to make sure that you have already purchased the new season battle pass to complete all the challenges and unlock the various rewards. You can get the new Season 5 battle pass by spending 950 V-bucks.

Alternatively, you can also subscribe to Epic Games’ new Fortnite Crew service. For those unaware, the Fortnite Crew is a monthly subscription service from Epic which comes at $11.99 per month. As part of the subscription, members get monthly 1000 V Bucks and a bunch of other items, along with the Battle Pass. Fortnite Season 5 is now available on PlayStation 5, PlayStation 4, Xbox Series X / Series S, Xbox One, Nintendo Switch, Windows PC, and Android.

Also Read | Fortnite Week 5 Challenges: Where To Dig Up Gnomes In Pleasant Park And Fort Crumpet?

WE RECOMMEND
Fortnite Week 5 challenge: Where to find the buried Blue Coin at Retail Row?
Fortnite Week 5 challenges: Where to dig up Gnomes in Pleasant Park and Fort Crumpet?
Fortnite Challenge: What does outlast opponents mean in the game?
Where are the Dancing trees in Fortnite? Get all 5 Holiday tree locations
What is a Snowy Flopper in Fortnite? How and where to catch the fish?