Here are times when EXO's Kai completely outdid everyone with his looks in music videos and event appearances. See all his iconic looks over the years here.

EXO's Kai’s iconic looks include high fashion, bold, and sophisticated outfits. He experiments with layers as well as borderline crops and athleisure styles. EXO’s Kai’s style also includes completing his attires with loafers and sometimes casual sneakers. Here are some of the most iconic looks of EXO’s Kai over the years.

EXO's Kai donned clean lines and shape defining clothes for this airport look. In this attire, EXO’s Kai wore a print sweatshirt with shiny pants fitted pant. The highlight of the look was the man purse that he donned exceptionally well.

EXO’s Kai often wears outfits that are from the popular brand Gucci. This following look with an oversized sweater on a stripe shirt and chinos, is just the right amount of semi-formal dressing. A clean hairdo only added to the look. Finishing up the entire look, he donned a cross sling Gucci bag.

The denim on denim

K-pop fraternity is big on the denim on denim trend and one of EXO's Kai’s casual attire was a benchmark. He donned this simple combination at an outing. However, he opted for a flower patch jacket on the denim pants. The design simply accentuated his simple look.

Also Read | EXO Chen To Be A Father, Will Get Married To His Non-celebrity Girlfriend Soon

Kai donned a crop shirt in Tempo music video. The striped shirt styled with suspenders and skin-tight pants is one of the most iconic looks of Kai. He donned several looks in the MV but this one outdid all of them. He followed a similar style in EXO’s Love Shot MV as well. 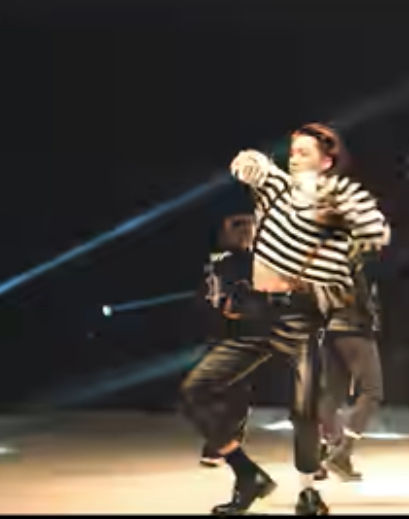 EXO’s Kai wore a blue shirt and layered it with a green print shirt and chequered crème wide-legged pants. He looked refined in the high-fashion look which he opted for the annual Gucci fashion show recently. His side partitioned hair just completed his look.

PEOPLE HAVE PLEDGED SO FAR
Taylor Swift recalls suffering from an eating disorder during her '1989 album' era
Halsey's first love song ever was written for THIS person; check details
Songs about college that will take you right back to your campus
MUST-WATCH: Adnan Sami has a musical reply to critics over his Padma Shri honour
Madonna cancels London gig due to injuries
DO NOT MISS
CONG SENDS CONSTITUTION COPY TO PM
PM MODI THANKS SRI LANKAN PM
FIRST WOMAN NAVY PILOT SUB LT
CELEBS OPEN LETTER ON CAA/NRC
ADNAN SAMI ON TUKDE-TUKDE GANG
LIFE INSURANCE FOR NRI IN INDIA