Famous Singers Harry Styles as per reports confirmed he did not use a body double for his bold picture for the cover art of his new album. Read on to know more.

Famous singer Harry Styles, as per reports, confirmed he did not use a body double for his bold picture for the cover art of his new album. In the picture, the star can be seen protecting his modesty with the help of his hands. Harry Styles can also be seen crossing his legs while showing off his toned body and different tattoos.

In a recent interview with an entertainment portal on Sunday i.e. on March 15, the singer confirmed that it is him naked in the picture. Harry Styles added that they took only one picture. He was astonished about the fact that they just clicked one picture and that was it. He also was seen calling the picture as a “lone nude”.

The picture features the British singer posing without sporting any clothes on as he sprawled out of a giant heart. According to the singer, it was the only picture they clicked. Have a look at it here: 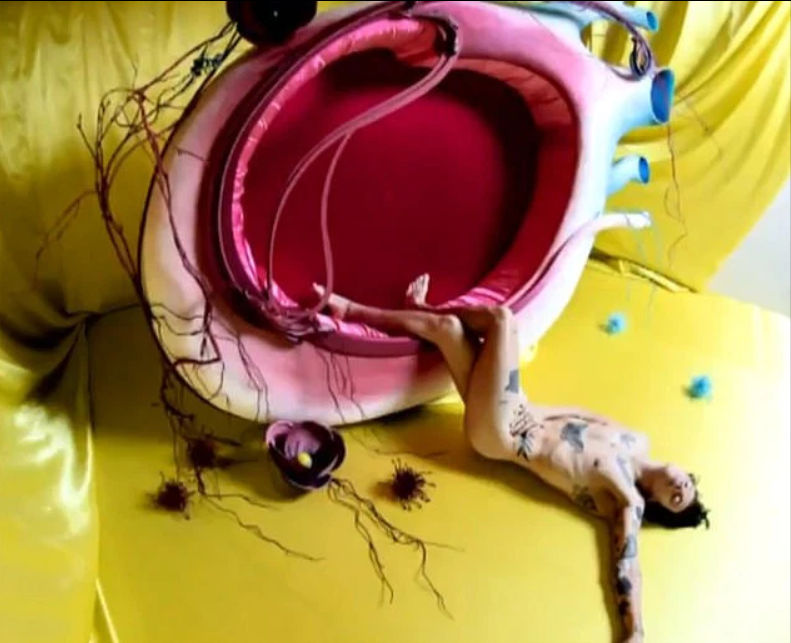 Recently, Harry Styles dropped his new single Falling. The emotional song was very successful and hit a chord with the audience. The music video of this Harry Styles song had some spectacular visuals which left the fans awestruck.

The music video begins with Harry sitting on a floor. He then gets up to play a few melodious tunes on a grand piano. The video features Harry Style singing the heart-breaking lyrics of Falling. As the song moves ahead, the room is seen getting filled with each line of the lyrics.

In the end, Harry Styles is seen drowning in water and everything in the room starts floating. Falling video is much loved by fans because of its style of portrayal. Everything in the video, the room, Harry Styles’ attire, the piano gives out an eccentric visual that fans couldn’t stop appreciating. Have a look at Falling here: