Justin Bieber was seen at Kanye West’s Sunday service. He sang at the service and impressed his fans. Kim Kardashian also shared a video.Take a look at it here

Justin Bieber took to his Instagram to share a video from his surprise appearance at Kanye West‘s star-studded Sunday Service on February 23, 2020. Justin sang the song Never Would Have Made It, which is originally written and performed by Marvin Sapp. Justin Bieber was seen sporting a casual red hoodie. Kim shared a video of Justin singing; take a peek at it here. 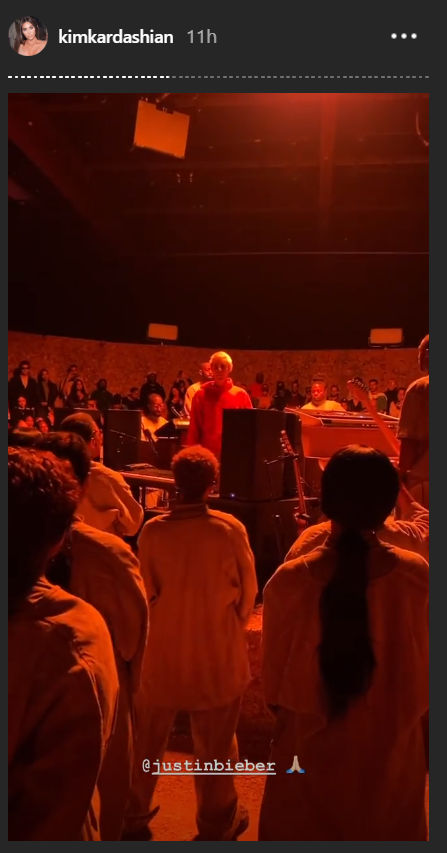 Read Also| Justin Bieber's Street Performances Before And After He Gained Fame; Watch

Justin Bieber sang the song against a simple organ track. In the video it can be seen that lights dimmed down as Justin looked up and pointed to the ceiling, holding his iPhone. While doing this he is seen singing. “When I look back, overall, you brought me through — I can see that you were the one I held onto, I’m stronger, I’m wiser, I’m better, much better" as the attendees cheered for him.

It was reported that Justin Bieber exited the stage and, while getting down, he embraced Kanye West.Justin performed services at his regular church in Beverly Hills after which he attended Kanye's service. Previously, while he was at an Italian restaurant, paparazzi had asked him about he would ever perform at Kanye’s Sunday Service. To which Justin responded with a simple “yeah”.