Louis Tomlinson is trending on Twitter again. His fans are celebrating his album's title track, Walls, receiving 10M views on YouTube with the #ProudofLouis. 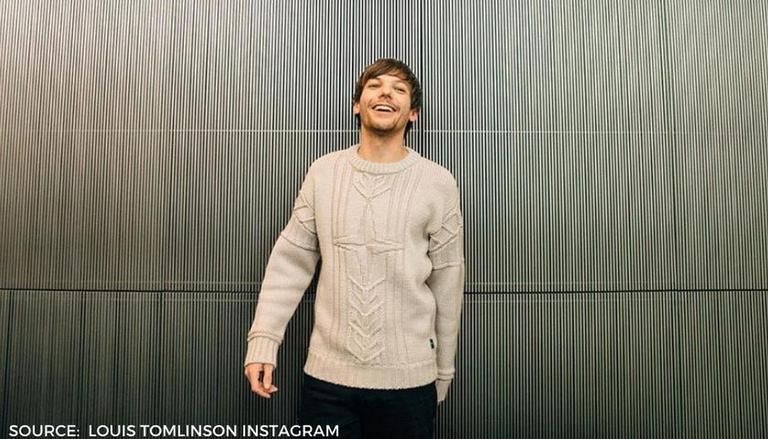 One Direction fans are proud of band member Louis Tomlinson. The singer’s album title track, Walls, now has 10M views on YouTube. After achieving this major feat, One Direction fans were trending the #ProudofLouis worldwide.

The British-Irish boyband One Direction is considered to be one of the most successful boybands in history. The boyband went on to break several musical records with their five back-to-back albums and collected many awards and accolades. But back in 2015, the band announced a hiatus and now the band members are enjoying their solo careers.

Since their hiatus, One Direction fans have been vocally supporting the band members and their new individual music. The fan recently proved their support to former One Direction member Louis Tomlinson in the sweetest way possible. The Back to You singer released his solo album, Walls, on January 31, 2020.

But now, the title track of the album, Walls, has achieved a major feat on YouTube. The Walls music video now has more than 10 million views on the video streaming platform. This feat was noticed by One Direction fans. Many of them were quick to take to Twitter and congratulate the former One Direction member.

Also read | Lizzo Gets Called Out For Comments Against BTS & One Direction, Fans Divided On Twitter

This flow of congratulatory messages soon led to the #ProudofLouis trending. Within no time the hashtag was trending on Twitter worldwide. Many fans also started trending the #WALLS10M to recognise the song’s crossing a major milestone on YouTube. Along with these congratulatory messages and tweets many also shared throwback images of Louis Tomlinson and screenshots of the hashtags trending in their respective countries. Take a look at some of these tweets here.

#ProudOfLouis I have just discovered that Louis' album has just had 10 million views, I'm really really happy and proud of him.💙💙

Ps: The world around him shines when he smile..🥰🥰 pic.twitter.com/bG48zSUM2S

But this is not the first time, that a hashtag related to Louis Tomlinson got trending on Twitter. Last month, an old tweet of Louis wanting to perform in India resurfaced online. The moment some Indian fans noticed this tweet its screenshot went viral once again. Soon the #LouisCometoIndia started trending. Since the outbreak of the Coronavirus pandemic, Louis Tomlinson had to cancel his first solo tour. So now only time will tell when Louis Tomlinson adds a tour date in India. 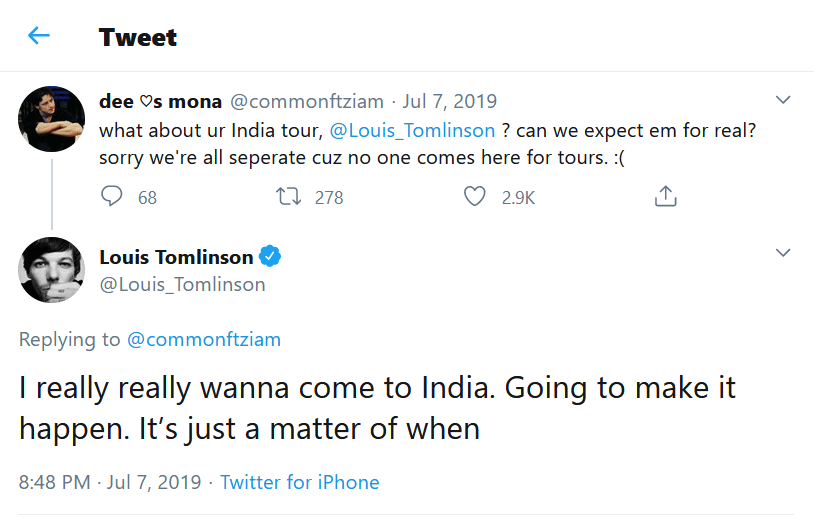 Also read | 'One Direction' Has Only Love For Fans On 10-year Milestone, Shares Heartfelt Gratitude