Lizzo Gets Called Out For Comments Against BTS & One Direction, Fans Divided On Twitter

Lizzo is facing severe criticism for her sexual comments about One Direction & BTS. But many fans are also defending her as #LizzoIsOverParty trends on Twitter.

Lizzo is being targeted by One Direction fans on Twitter. It all started with a video uploaded by Lizzo where she is reacting to Harry Styles’ Jingle Ball performance. This Tik Tok video has divided fans on Twitter, while many fans are supporting her, some of them are calling out the singer for her post.

In the video, the Truth Hurts singer is having a popsicle while reacting to singer Harry Styles’ performance at Jingle Ball 2019. This video hasn't received agreeable comments from One Direction fans. Many of these fans are calling these comments disrespectful. Similarly, Lizzo once commented that she would love to collaborate with BTS but she would be concerned if she will be able to record anything without getting intimate with the group's members. 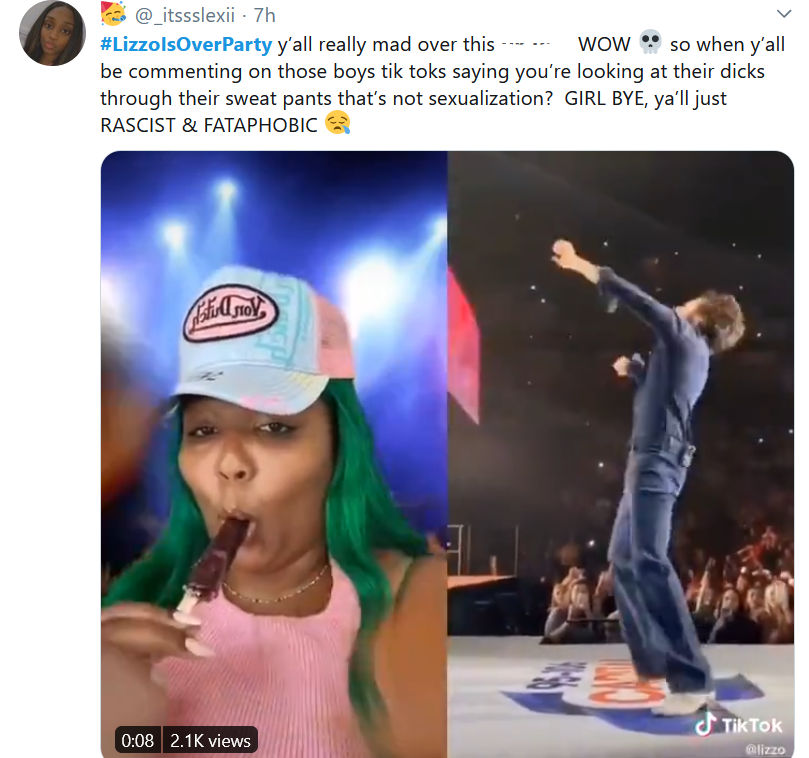 However, after Lizzo made the comment, she clarified that she was just “kidding”. Both these incidents are being dragged on Twitter thus leading to the currently trending hashtag. While Lizzo’s comments are being criticised, some fans are also supporting the singer.

I dont care about #Lizzo, the people trying to cancel her, or those defending her. We gotta be honest with ourselves tho. If any man talked about women he was working with or wanted to work with yall would have a problem. #LizzoIsOverParty

If a guy did what lizzo did, he'd be in jail for sexual harassment. #LizzoIsOverParty pic.twitter.com/fbWRgyNrdT

These Lizzo supporters are also sharing clips from Harry and Lizzo’s performance of Juice. One fan even mentioned that if Harry Styles was not comfortable with Lizzo he wouldn't have performed with her. Take a look at all the reactions here. 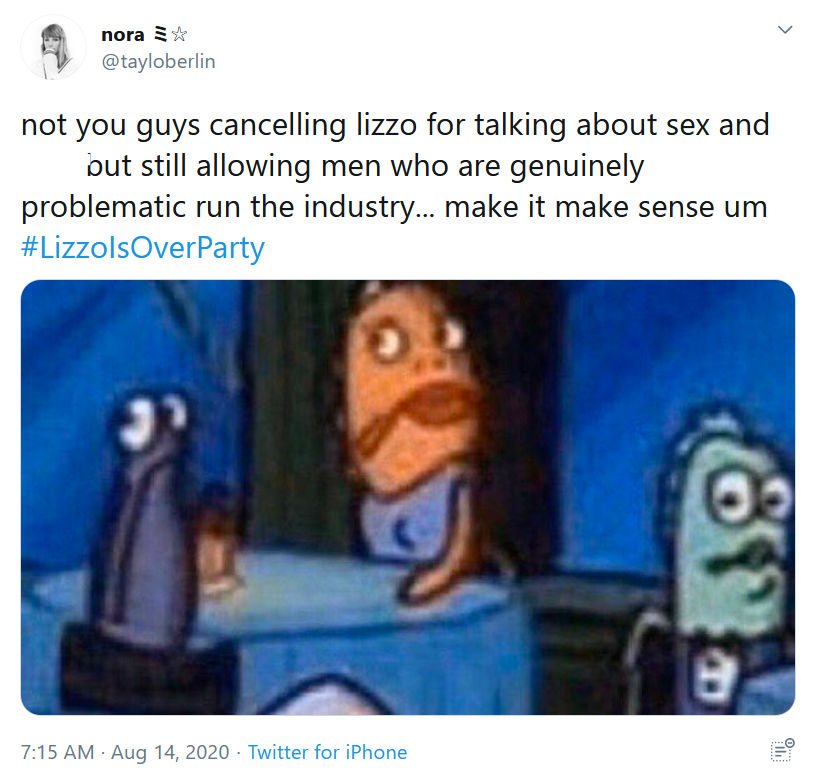 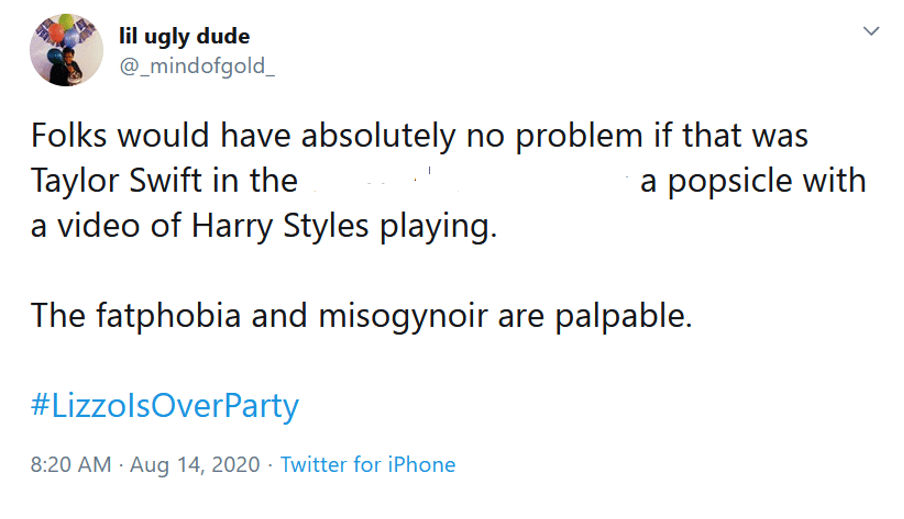 if harry had a problem with lizzo he would have stopled being friends with her. you misogynistic directioners just want another excuse to cancel a successful woman. stay mad, lizzo is beautiful. #LizzoIsOverParty pic.twitter.com/3ftdWs1HVM