The Canadian singer Shawn Mendes recently posted a new video on his social media. What grabbed the attention of the viewers was Miley’s comment on that. 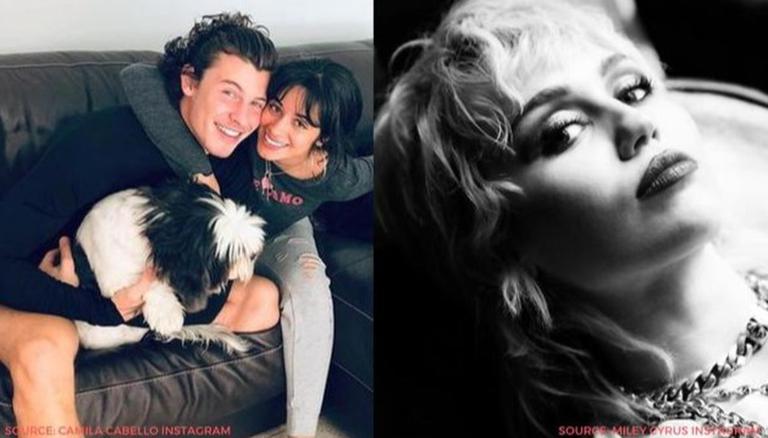 Canadian singer Shawn Mendes recently posted a new video on a popular social media platform that specialises in 30 seconds to a minute long clips. In the video, Shawn was seen with Camila Cabello. The couple was seen singing The Climb from 2009 sung by Miley Cyrus. What grabbed the attention of the viewers was Miley’s comment on their video.

Miley is a frequent user of social media and often comments on posts. Miley’s comment on Shawns post said, ‘Let's have a three way.’ Later, the singer clarified saying that she meant about collaborating for three-part harmony. Fans and followers left several thoughts on the post with regards to her comment.

Also read: Miley Cyrus Opens Up About Taking Cher's Hatred As A 'compliment'

Shawn Mendes and Camila Cabello were longtime friends before getting together in 2019. Last year they confirmed they were dating and since then, the couple has been stronger than ever. The couple has been a part of various songs together. Their hit single was Senorita that released in 2019.

Recently, the couple released their new song named The Christmas Song on December 7. The music video of the song features the couple working on the track together as they spend some quality time at home. Their dog also made a special appearance in the video. Camila can be seen playing around with her dog and spending time with Shawn as the song plays in the background. The video of the song is filled with Christmas lights and decoration, giving a huge festive-feels effect.

American singer Miley Cyrus is known for her distinctive raspy voice. Her singing style includes various types such as pop, country, hip-hop, rock and more. She is one of the best-selling female artist born in the 1990s. She played the lead role of Hannah in the television series Hannah Montana. Some of her most well-known songs are See You Again, We Can't Stop, The Climb and the record-breaking song Wrecking Ball among others. Her latest song was Midnight Sky that released on August 14, 2020. It is the lead single from her seventh studio album called Plastic Hearts. It is written by Miley, Ali Tamposi, Ilsey Juber and Jon Bellion.