Neha Kakkar recently took to Instagram to share the first look poster of her upcoming song Neha da Vyah. The poster also featured Neha’s beau Rohanpreet. As soon as she released the poster, her fans were in awe of the duo and flooded the post with comments and various reactions. Take a look at the poster below.

Nehu Da Vyah’s poster featured Neha’s beau Rohanpreet who was dressed in a kurta and sported a yellow coloured turban. Neha looked stunning in her rose gold suit. The duo posed with their best smile as they looked at each other. The poster also featured the name of the song Nehu da Vyah and the date October 21. Neha wrote, “Nehu du Vyah by Neha Kakkar featuring My Rohu”. Take a look at Neha Kakkar’s upcoming song Nehu da Vyah poster below.

Neha Kakkar has been in the limelight because of her wedding rumours with Punjabi singer Rohanpreet. As soon as the poster was released, it garnered the attention of several of Neha’s fans. They were in awe of the duo. Many of her fans poured in their best wishes for the couple. One of her fans commented, “So so so so excited” while another wrote, “Definition of beauty”. Rohanpreet also commented on the post as he wrote, “I love you Nehu babuuu” with a couple of mushy emoticons. Take a look at the comments and reactions. 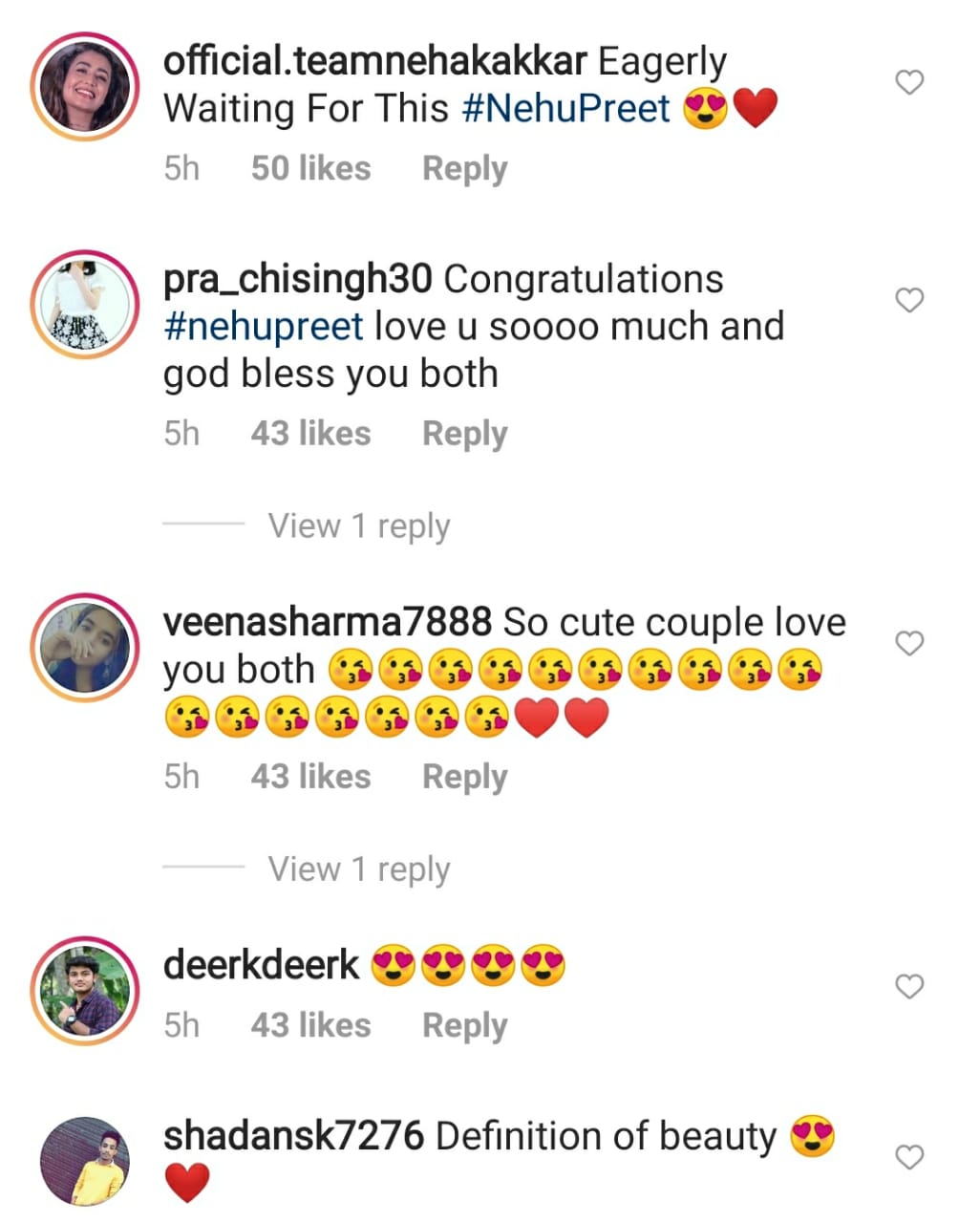 Neha Kakkar has been making headlines because of the subtle hints about her wedding with singer Rohanpreet. In one of her previous Instagram posts, Neha shared a picture with Rohanpreet making their relationship Instagram official. Neha wrote a mushy caption that read, “You’re mine. #NehuPreet”. Rohanpreet shared a similar picture on his Instagram handle with the caption, “Meet My Zindagi!”.

Also Read: Neha Kakkar Gets Ready To Fly To Goa, Gives A Glimpse Of Her 'vacaymode'