Neha Kakkar Makes #NehuPreet Official, Reveals 'Rohu' Is On Her Mind 'all The Time'

Neha Kakkar recently took to Instagram to make #NEHUPREET official after she made an error in the caption of her recent post. Take a look below.

Neha Kakkar recently took to Instagram to make #NEHUPREET official after she made an error in the caption of her recent post. Neha is dating Punjabi singer Rohanpreet. She revealed the poster of her upcoming song Nehu da Vyah which also featured her beau Rohanpreet. Take a look at Neha Kakkar’s Instagram story.

In her recent Instagram post, Neha revealed the first look poster of her upcoming song Nehu da Vyah. The poster also featured her beau Rohanpreet. However, she made an error in the caption and posted a story regarding the same.

The singer wrote, “Rohanpreet and Neha together are #NehuPreet. But I have Rohu in my mind all the time because of which I had written RohuPreet in my caption. Just now I corrected it!”. Clearing her fans’ doubts she wrote, “So all my NeHeart and Rohu’s fans… WE’RE TOGETHER #NEHUPREET” and added a couple of mushy emoticons. Take a look at Neha Kakkar’s Instagram story below. Neha’s recent Instagram post garnered the attention of several fans who were anxiously waiting for her wedding update. However, it left her fans and followers debating if it’s a wedding or a song. Some of the fans poured in their love and affection for the duo. While the others quipped about it being a publicity gimmick.

One of the followers wrote, “Itna Drama Music Video ki liye” while another wrote, “Congratulations #nehupreet love you soooo much and god bless you both”. Take a look at Neha Kakkar’s recent Instagram post. 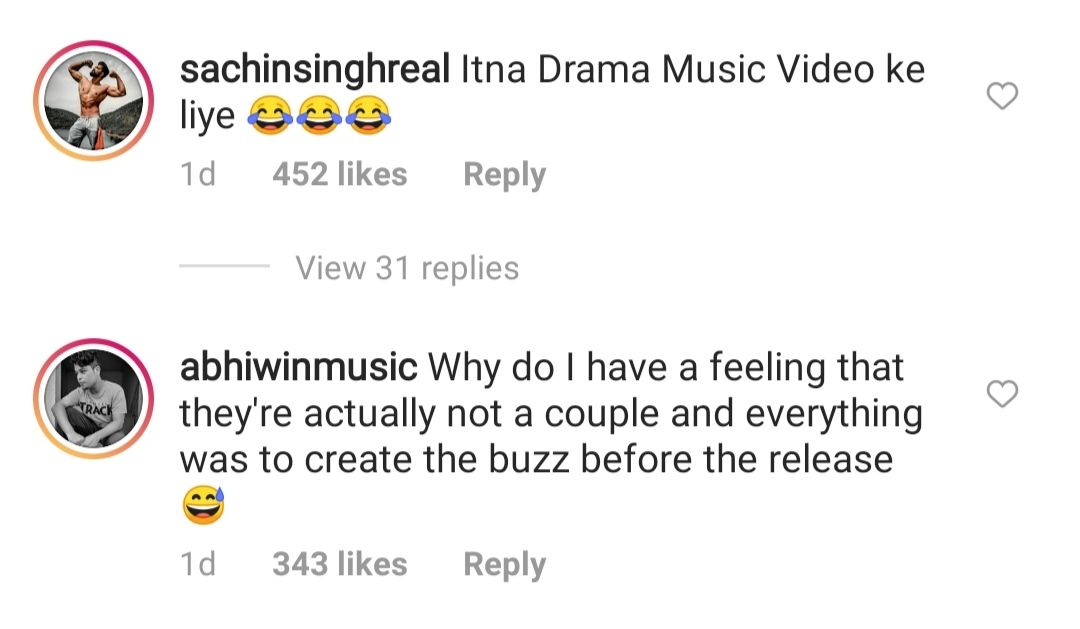 Rohanpreet Singh made his debut with the song Bang Gang that released in the year 2017. The Punjabi singer also participated in a singing reality show called Rising Star 2. Rohanpreet began his musical journey when he became the First Runner Up in the reality show Saregama Lil Champs in the year 2007.

In other news, Neha Kakkar made headlines after it was rumoured that she was dating her co-worker and singer Aditya Narayan. However, Aditya told his fans that the two were not in any romantic relationship. Neha Kakkar and Aditya worked together in the popular singing reality TV show, Indian Idol. However, Neha has finally made #Nehupreet official with her beau Rohanpreet.