Rakul Preet Singh is a highly popular Indian actor. Last seen in rom-com Shimla Mirchi opposite Rajkummar Rao. Check some of her best moments from the film.

Rakul Preet Singh, who made an impressive Bollywood debut with Yaariyan, is counted amongst the most talented new-age actors of the recent times. Rakul has worked in numerous films in distinct languages like Tamil, Kannada, and Hindi. Some of her best works include De De Pyaar De, Aiyaary, Manmadhudu 2, Dhruva among several others. She was last seen in Shima Mirchi opposite Rajkummar Rao.

Read: Rakul Preet Singh's Movies That You Can Watch On Amazon Prime 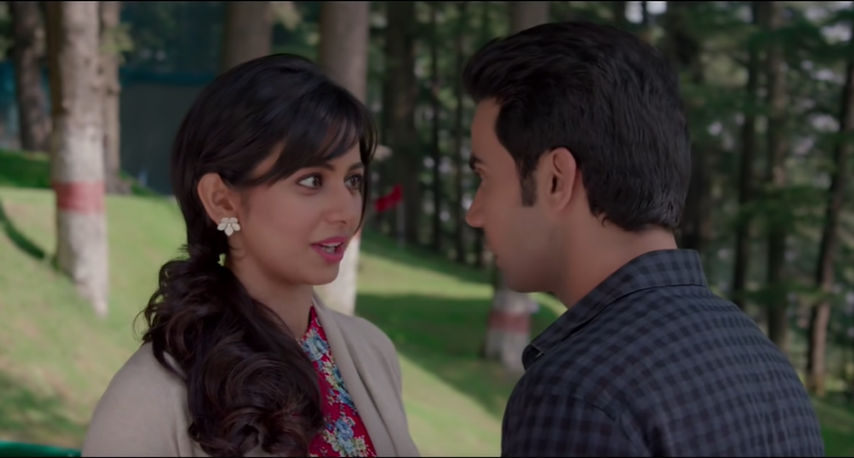 Read: Rakul Preet Singh Recalled Last Day Of Work, Says 'it Was Like Leaving Home To Go To War'

When Naina handles the situation

This is a funny scene with some cheeky dialogues performed by Rakul Preet Singh. The scene where Hema and Rakul meet Avi's family for discussing their marriage plans. Rakul tries to handle the uncomfortable situation, where her mother gets too frank with her would-be in-laws. Rakul Preet Singh makes her presence felt in the scene and performs brilliantly irrespective of sharing screen-space with a legendary actress.

This scene is the highlight of Shimla Mirchi. A scene where Avi finally confesses his true feeling for Naina in front of their family members. Rakul performed remarkably in this scene, in one frame she looks annoyed and in the other, she happily kisses Avi. This is the 'happily ever after moment' in the movie.

On the work front, Rakul Preet Singh has some interesting movies in the pipeline in 2020. From Attack opposite John Abraham to an untitled T-series movie with Arjun Kapoor.