Selena Gomez cuts a retro-chic look in a cream turtleneck while stepping out for promoting the release of her new album Rare. Read further to know more.

Selena Gomez was not seen in the music industry for quite a while and fans longed for her comeback. It has been five years and the actor has finally released her much-awaited album, Rare.

Fans were excited and thrilled to finally get an album after so long from their favourite pop star.

Recently for a promotional event in New York, the singer sported a cream-coloured retro turtle neck. She paired it with a set of vintage denim and burgundy boots. The singer tucked in the sweater in her high waisted flared jeans as she headed out. She also carried a matching caramel coloured handbag with looped strap. 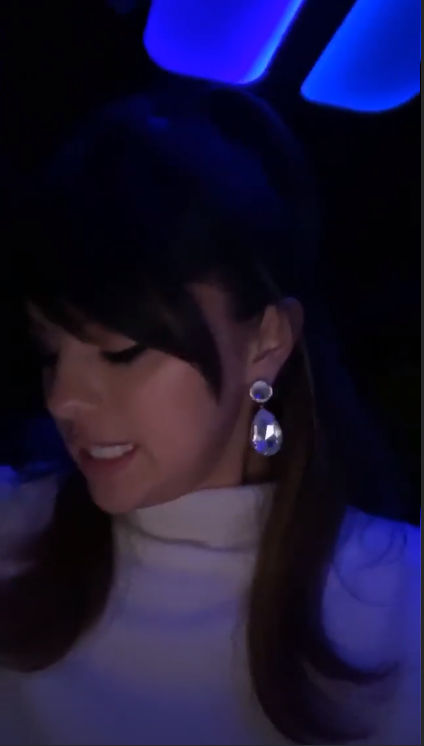 Also Read | Selena Gomez Teases Her Fans With A Title Of An Unreleased Song; Here's What It Is

The pop star looked stunning as ever in the 60’s aesthetic with her long flip hairstyle along with her bangs and a ponytail. She completed her entire look with black winged eyeliner, pink lipstick and white nails. She stopped to sign a few autographs as she headed towards Nobu for a dinner.

Soon after which she was seen on Instagram apologising for her fans for playing her album songs many times. The singer mentioned that she will soon take down some videos and keep a few videos still there. She later urged her fans to listen to the whole album themselves by streaming it on various platforms.

Also Read | Selena Gomez, Miley Cyrus And Other Hollywood Stars Transformation You Might Have Missed

Instagram even introduced a new filter inspired by the launch of her new music video. The singer showed off the new filter to which she jammed along with her friends in her car. The Spring Breakers star later paired the track with a video of herself posing with Jimmy Fallon at a promo shoot for her appearance on his talk show.

PEOPLE HAVE PLEDGED SO FAR
Aastha Gill's 'Naagin' to Nora Fatehi's 'Garmi': New chartbuster hits to groove to
Chance The Rapper to prank celebrities as new of host 'Punk'd' Reboot
Greatest Hip-Hop beats of all times that have made fans go crazy
Ed Helms' most memorable performances you must check out on his birthday
Bigg Boss 13: Shehnaaz Gill's trending Punjabi songs that will make you groove
DO NOT MISS
VIJAY VS VIJAY: THE ULTIMATE BATTLE
NETIZENS PRAISE ITBP HIMVEERS
FIRST WOMAN NAVY PILOT SUB LT
CELEBS OPEN LETTER ON CAA/NRC
ADNAN SAMI ON TUKDE-TUKDE GANG
LIFE INSURANCE FOR NRI IN INDIA