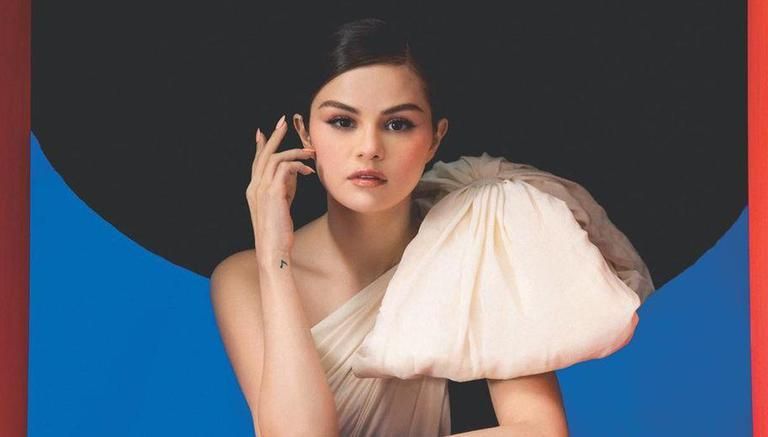 Selna Gomez performed her new single 'Baila Conmigo' with the rapper, Rauw Alejandro, at 2021 Premio Lo Nuestro on February 18, 2021. The event was the 33rd annual edition of the awards ceremony honoring Spanish-language music and was held at the American Airlines Arena in Miami. The Bad Liar singer finally returned to the stage after taking almost a year-long break from performing. Her most recent performance took place at the Village Studio on February 24, 2020. Before this, she hadn’t appeared on a stage performance since the American Music Awards in 2019.

The viewers were promised a stage performance by Selena Gomez and Rauw Alejandro at the awards show of Premio Lo Nestro but the segment was pre-taped. In the video, Selena performed Baila Conmigo which she sang seductively in front of a sunset backdrop whereas Rauw was on a separate blue soundstage. Selena was seen wearing a silky, shimmering dress and the visuals were similar to what was featured in the pair’s music video. Even though it was her first time performing on Premio Lo Nuestro, she had attended the event in 2019 with Cardi B, DJ Snake, and Ozuna for their nomination of Taki Taki in the category 'Crossover Collaboration of the Year,' which they won.

Selena Gomez's new song 'Baila Conmigo' was released last week adding to 'De Una Vez' as the first two tracks to drop of singer’s first Spanish-language EP album 'Revelación'. The album is set to release on March 12, 2021, through Interscope Records. The visuals for the song were filmed between Miami, Los Angels, and a remote fishing village in Brazil. According to Pitchfork, Selena said in a press release that she wanted to get everyone dancing with Baila Conmigo. The Lose You To Love Me singer said the video portrayed the sense of isolation that we are all experiencing right now and how music truly connected all of us, no matter where we were in the world. Check out the music video-

In a recent interview with Zane Lowe on Apple Music, Selena Gomez said that creating a Spanish album was something she wanted to do for ten years. She expressed that she was so proud of her heritage and she genuinely felt she wanted this to happen. When it finally did happen,  it felt "like perfect timing" to her. She said just with all the divisions in the world, there was something about Latin music that made people from all around the world "feel things".