Selena Gomez is soon going to treat her fans with her new single ‘Boyfriend’ amid COVID-19 lockdown. Read on to know more about what the singer had to say

Selena Gomez is soon going to treat her fans with a new single Boyfriend. As per reports, the singer, previously said that there are few songs that she did not include in her Rare album. Now, she has confirmed that she will release one of those songs. Selena Gomez announced that Boyfriend will be out on April 9, 2020.

Before releasing her new single, the singer issued a few warnings for her fans. Taking to Instagram, the singer shared a series of texts on her story. The first story features Selena Gomez telling her fans that she is excited to release Boyfriend and that it is a light-hearted song. The song is about the ups and downs of being in love. However, the singer wants her fans to know that first, they need to make themselves happy. 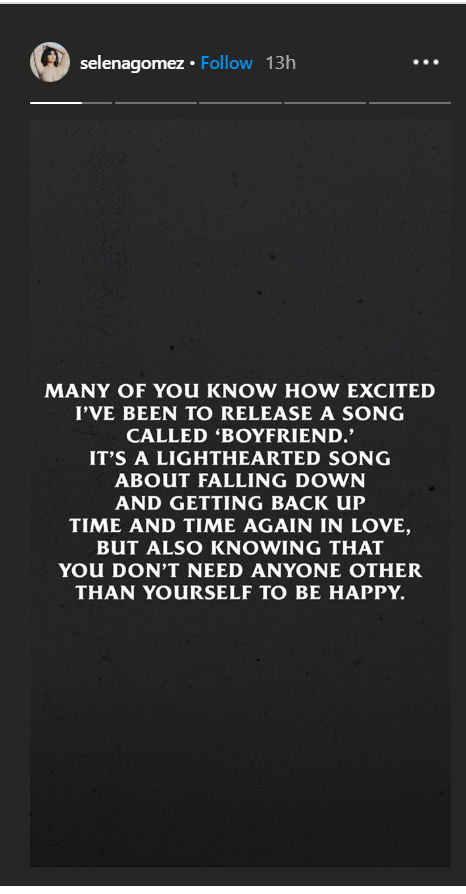 The second story features Selena Gomez telling that Boyfriend was written long ago. However, in today’s context, the singer wants her fans to know that a boyfriend is not at all on her priority right now. Just like everyone, even Selena Gomez is praying for a safe recovery from the coronavirus pandemic. 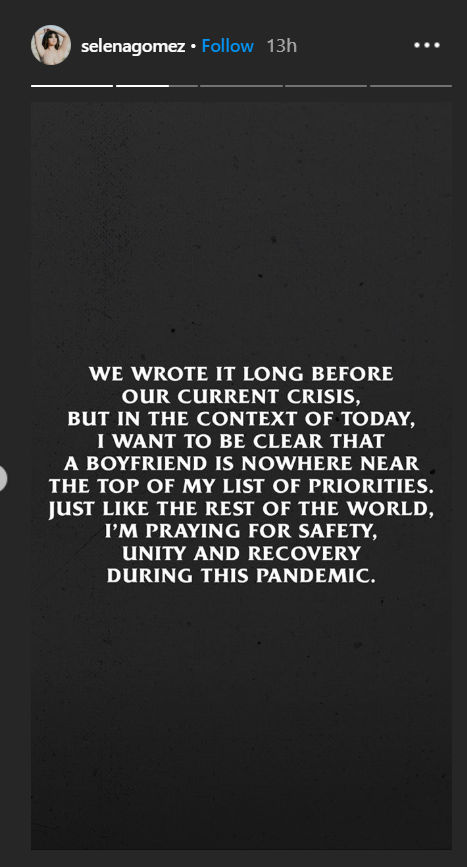 The third story reveals the release date of Boyfriend. It also mentions how the singer is contributing to support the battle against coronavirus. It states her personal donation to the COVID-19 relief fund. 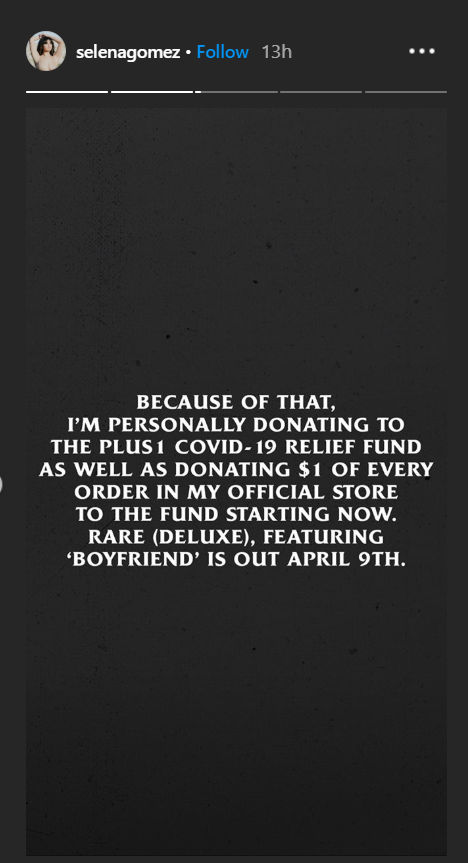 Selena Gomez previously spoke about the song on Jimmy Fallon’s 'The Tonight Show'.

.@selenagomez reveals the title of an unreleased song while discussing #Rare! More with @selenagomez on #FallonTonight! pic.twitter.com/sgm2TOglPB