Tekashi 6ix9ine's New Album To Be Called 'Tattle Tales', Will Release On September 4

Tekashi 6ix9ine has announced his new album on Instagram with a bizarre video. The new album will be called 'Tattle Tales' and will release soon.

Rapper Tekashi 6ix9ine will soon be releasing his new album. The artist took to Instagram to announce the news on Wednesday. The album will be called Tattle Tales and will release as soon as September 4. Read ahead to know more about Tekashi 6ix9ine's new album and his Instagram post:

In the video uploaded by the rapper, fans can see the rapper in an oversized hoodie featuring his iconic rainbow hair. His hoodie is yellow and red in colour and so are his shoes. He can be spotted walking around in the streets of Chicago and explaining that he will soon be releasing his new album. He can also be heard asking fans to pre-order the album. At the end of the video, Tekashi 6ix9ine can be seen emptying a bottle on the ground.

Tekashi 6ix9ine's bizarre video gained many likes and comments. The caption read - 'EVERYONE GO PRE SAVE THE ALBUM (emoji) TATTLE TALES (emoji) SEPTEMBER 4TH â€¼ï¸â€¼ï¸â€¼ï¸ WE JUST LANDED IN THE BEAUTIFUL CHICAGO(emoji)' (sic). The rapper also added many emojis in the caption.

Many fans and celebs responded to the video. Most of the fans thought that the name of the album 'Tattle Tales' was funny due to his past. Take a look at the comments: 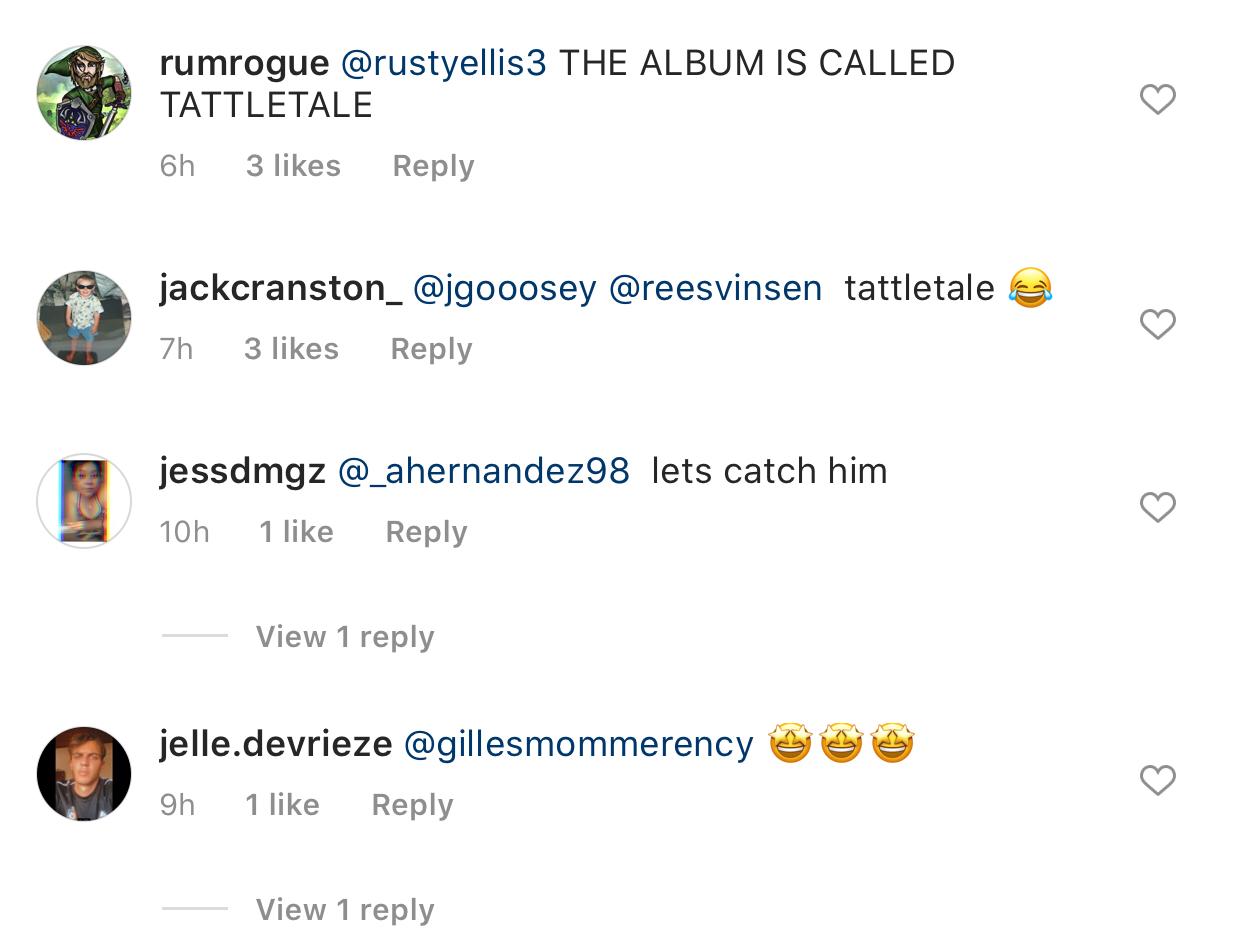 Tekashi 6ix9ine's real name is Daniel Hernandez and he is an American rapper and also a convicted felon. He gained much of his success due to his single Gummo. After that, the rapper released a mixtape titled Day69 (2018), which had many songs in it that went on to become famous.

Tekashi 6ix9ine's last song was with Nicky Minaj. The song was called Trollz. Trollz debuted on the US Billboard Hot 100 and became the rapper's first single to reach that spot. It was also Nicky Minaj's second time on that spot. Take a look at the video:

The artist was seen dancing next to Nicky Minaj and a lot of animation was used in the video. The song was produced by SadPony & Jahnei Clarke and was written by Jeremiah Raisen, Daniel Hernandez, Onika Maraj, Aaron Clark.