Musician RITVIZ accused songwriters and musicians who were responsible for the background score of Kartik Aaryan's film, Pati, Patni Aur Woh of plagiarising his hit number Udd Gaye. He then went on to shared evidence videos on social media and pondered as to why 'someone would do this?'

In an elaborate Instagram post, the artist stated that he had gone to the theatre last month to watch a film, and halfway through it, he realized that the music playing in the background was similar to the one he had made. Divulging in details, he went on to inform that no management/publisher/ distributor had any role to play with the adaptation license, and he was not asked for his permission & neither was he given due credit. ". Im pretty sure there are others like me, and in case you’re wondering if I was somehow involved in the making of said song, id just like to clear the air", read an excerpt from the post. Read below-

The Instagram post by the music artist has gained reactions from several big names of the industry such as Shaan and Ketan Bahirat. "This is not done", "What in the world?", "Legal team on board" were some of the remarks that were left on the post. 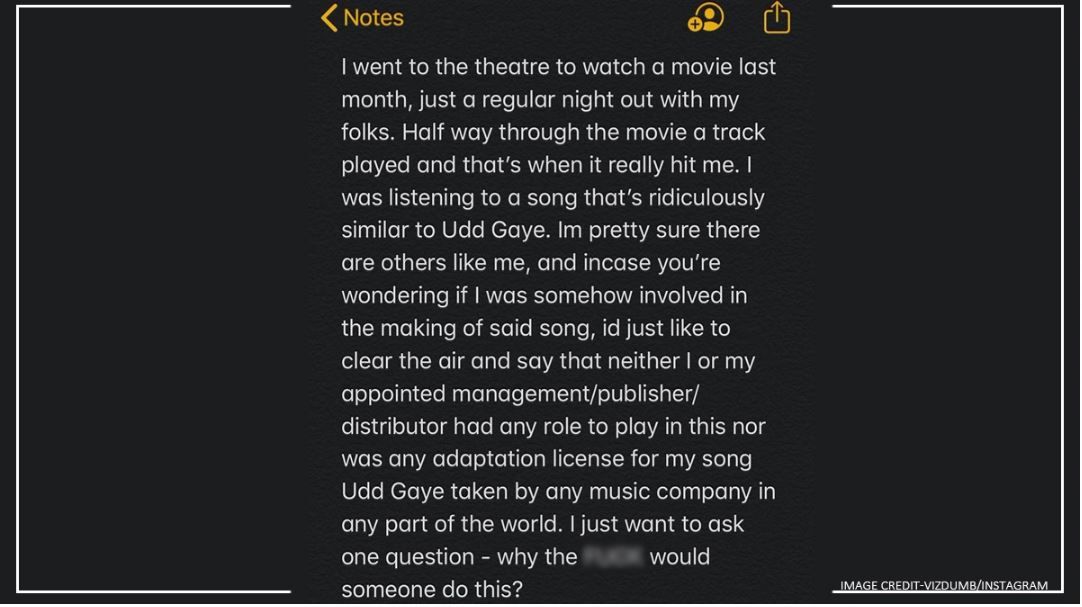 Before this, RITVIZ shared a short video clip substantiating his claims. In a series of them, Kartik Aaryan and Ananya Panday can be seen mid sequence with a tune similar to that of the Electronic musician's music playing in the backdrop. The same clips were then shared by Fashion watch-dog on Instagram informing that when the artist tried contacting the makers of the film, they refuted all his claims and asserted that instead of all this, he focus on his career and growth. Read below-

READ: Kartik Aaryan's Love Aaj Kal And Other Films That Will Release And Clash In February