Ashish Chanchlani Claims He Predicted THIS Feature Of IPhone 12 Series A Year Ago; Watch

Apple's highly anticipated iPhone 12 series was launched yesterday, i.e. October 13, 2020. However, the news of iPhone 12 shipping without a charger in the box has sparked a meme fest on social media. Joining the bandwagon is sensational YouTuber Ashish Chanchlani, who claims to have guessed it a year ago in a parody video.

On October 13, Apple virtually revealed their much-awaited iPhone 12 series lineup on YouTube, comprising the iPhone 12, iPhone 12 Mini, iPhone 12 Pro and the iPhone 12 Pro Max. Although several new features added by Apple in their latest mobile phone series impressed netizens around the world, the company's decision of selling the charger of these phones separately threw many off guard. Thus, to express their disappointment about the same, Twitterati shared some rib-tickling memes as a response to Apple's decision of not shipping an in-box charger.

Now, the infamous YouTuber Ashish Chanchlani has also shared his take about the same by sharing a year old video and claimed that he predicted it a year ahead of its announcement. Poking fun at Apple, Chanchlani shared a parody video describing how Apple will sell everything related to their iPhones separately, right from its charger to the bag it's provided with. Sharing the hysterical video on his Instagram handle, titled 'We predicted this 1 year ago', the YouTuber wrote,

Watch the IG video below:

The chucklesome video was soon to grab masses' attention and went viral across social media platforms in no time. Within five hours from sharing, the IG video has garnered over a whopping 1.5 million views and 5.5k comments. Netizens also couldn't hold back but share their reaction on the video in the comment section of the post.

While one user jokingly commented, "Remember they even came out with wheels for 700$?" another wrote, "Ashish, kidney ke sath doosre organs bhi jayenge (In that case. we'll have to sell other organs too, in addition to our kidneys)".

Check out netizens' reaction to the parody video below: 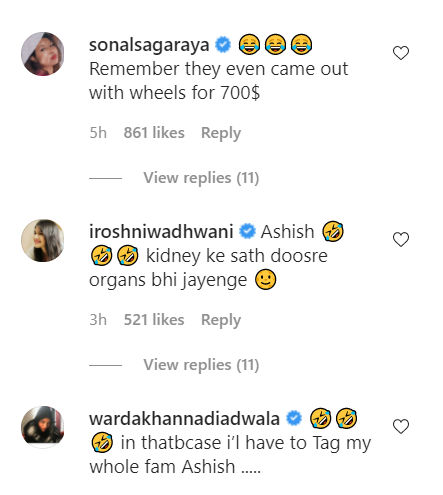 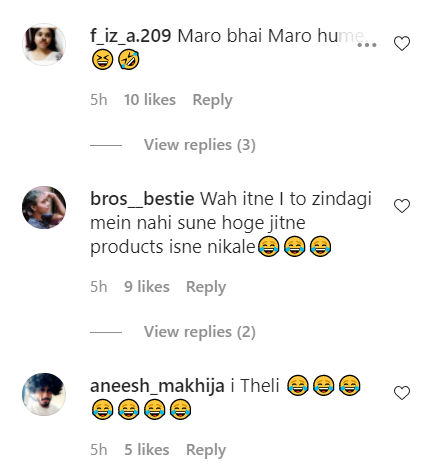