Boruto: Naruto Next Generations’ Chapter 54 will feature Naruto, Sasuke and kawaka attack Borushiki. Read on to know more about the chapter's spoiler. 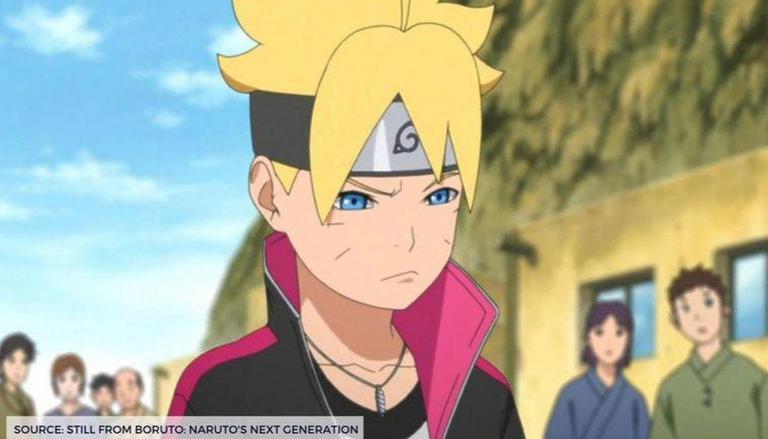 Boruto: Naruto Next Generations’ Chapter 54 will feature Naruto, Sasuke and kawaka attack Borushiki. Twitter user, Abdul Zoldyck, shared the summary of the upcoming chapter on the micro-blogging application, which has left the Manga fans excited. In the last chapter, viewers saw Naruto, Sasuke and kawaka successfully defeating Isshiki Otsutsuki. It was a call for celebration, however, suddenly Boruto lost his consciousness. Now, it appears that Sasuke might get another chance to put a good fight in chapter 54. Here’s everything that you need to know about Boruto: Naruto Next Generation’s Chapter 54 spoiler.

On Tuesday, January 19, Twitter user Abdul Zoldyck says that the new chapter will begin with Borushiki revealing that he has gotten rid of Sasuke’s spacetime ninjutsu as it would have become problematic for him. Naruto sees that Momoshiki has complete control over his sons’ boy. Sasuke notices the Boruto’s bruises and wonders if they are healed by Borushiki.

Apologies for the wait! Here is the summary for Boruto Chapter 54.

Meanwhile, Kawaki is on the battlefield fighting Borushiki. Almost when Kawaki becomes slow and begins to lose the battle, Sasuke enters the fight. Sasuke makes a crucial observation of Borushiki’s inability to absorb the lighting jutsu and immediately informs Kawaki about it. Unable to absorb the flame, Borushiki tries to flee. In Boruto: Naruto Next Generations’ Chapter 54 Sasuke and Kawaki aim to bring Boruto’s consciousness before Borushiki attempts the ninjitsu. Towards the end, Boruto does gain his consciousness. The Boruto Chapter 54 is officially releasing on Wednesday, January 20 at 11:59 pm JST.

As soon as the spoiler surfaced online, it made all the Anime fans go gaga. While some thanked the Twitter user for sharing the summary, many others detailed out their own speculation about the upcoming chapter. Take a look at how fans are reacting online here:

You know you’ll end up reading it anyways 😂😂

ALSO READ| 'Naruto' Episodes List: How Many Episodes Are There In 'Naruto' On Netflix?

Now it makes sense why boroshiki didn’t want to absorb the ninjutus.

Sasuke real MVP of the chapter.

Written by Ukyo Kodachi and Masashi Kishimoto, Boruto: Naruto Next Generations is a Japanese manga series. It is a spin-off and a sequel to acclaimed Kishimoto’s show Naruto. The spin-off explores the life and exploits of Naruto Uzumaki’s son Boruta Uzumaki and his ninja team.