YouTuber Brandon Awadis and his ex-girlfriend Jackie Figueroa made a huge name for themselves as social media influencers. The pair started posting more videos as a couple when their fan following began growing. However, Brandon Awadis posted a video titled She's leaving me for another guy, on his YouTube channel on September 4.

The YouTube video featured Brandon and his ex-girlfriend Jackie Figueroa. The ex-couple revealed some details about their relationship that left the “Brawadis” fans shocked. Read on to find out what happened between Brawadis and Jackie.

Brawadis and Jackie Figueroa have been on and off for years

Jackie has revealed that she and Brandon have been together since 2015. But the ex-couple kept taking breaks from the relationship until they finally called it quits on the Brawadis YouTube channel in September 2020. The couple had been on a break before quarantine had started and Jackie had moved out of Brandon’s house and was reportedly living with her parents.

In the emotional video posted by Brandon, he was about to propose to Jackie once again so that they could patch things up. However, when Jackie saw the camera she asked Brandon to switch it off. The couple then sat together and filmed once again where Brandon revealed that Jackie had asked him to switch the camera off to tell him that she was seeing someone else now.

Why did Brandon and Jackie break up?

Jackie Figueroa then explained in the video that she felt as though Brandon and she were heading in different directions in life. The social media star stated that she wasn’t able to see a future with Brandon. She also stated that she was trying to make decisions that were best for her life and growth. Brandon claimed that as painful as this was, he has come in terms with reality.

Following the announcement of their separation on the Brawadis YouTube channel, Jackie Figueroa received a lot of hate and backlash on social media. Fans took to Twitter to call her a gold digger. Many fans stated that she did him wrong. Many fans claimed that Jackie had played Brandon and that he had been by her side since day one and she left him for another man. Many Twitter users also claimed that Jackie used Brandon from fame and expensive gifts.

Jackie Figueroa took to her Instagram recently to further clarify her side of the story and mentioned that she had been with Brandon since the time he was in community college. The influencer claimed that she gave her everything to the relationship for five years. She claimed that the perception that she is “gold digger” or “clout chaser” is wrong. 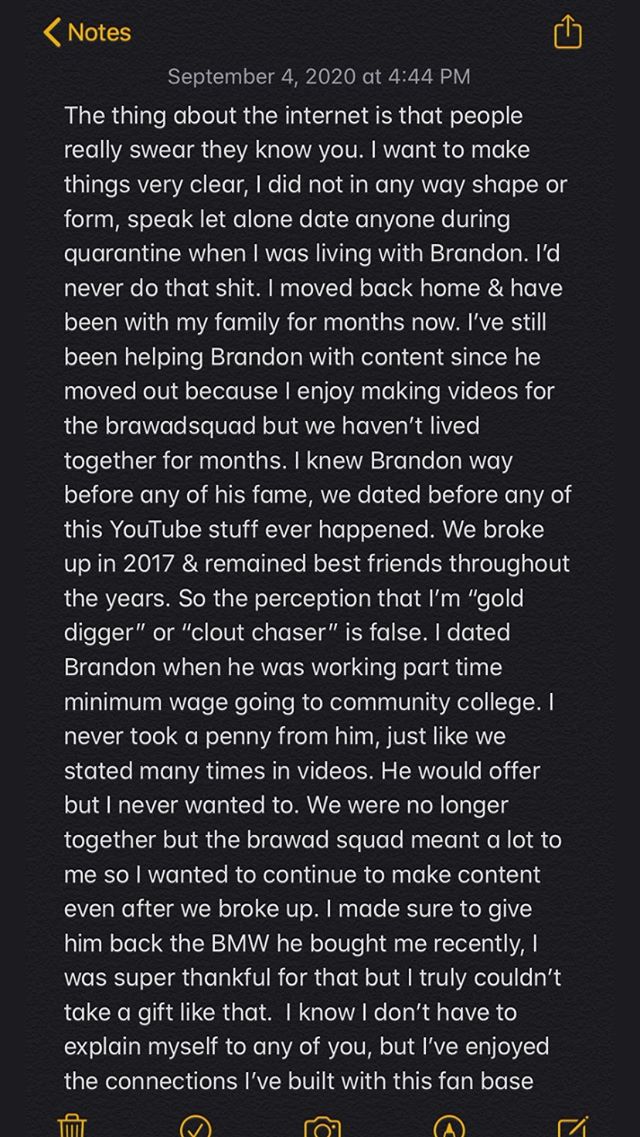 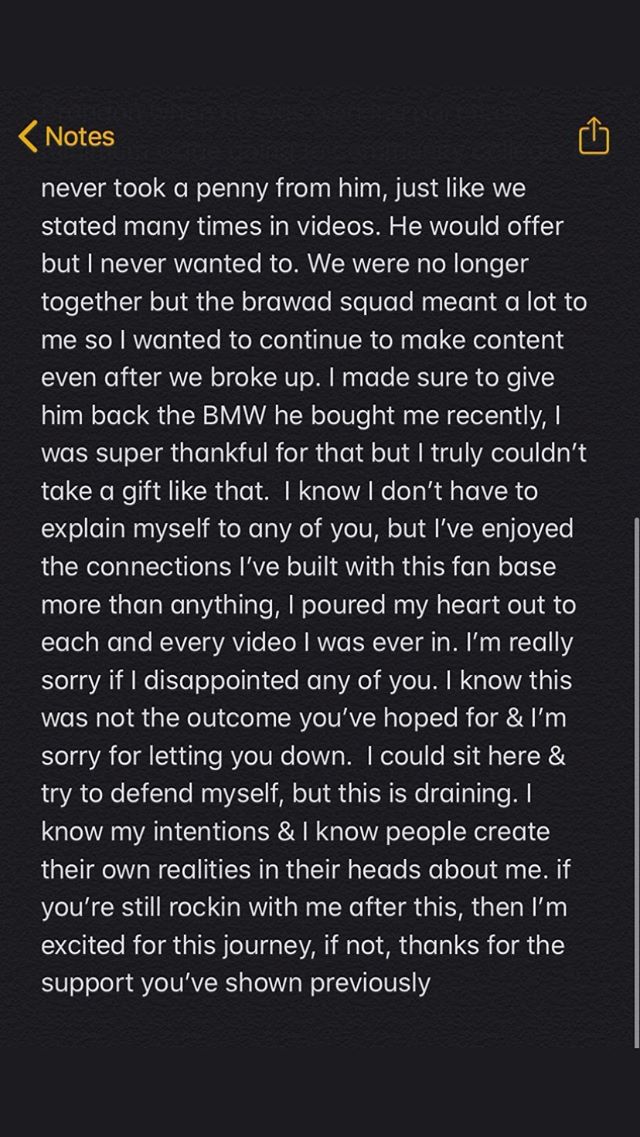 Read | From 'Away' to 'Bad Boy Billionaires: India', Netflix shows to watch this weekend

Who is Jackie Figueroa dating?

Jackie Figueroa has still not revealed who she is dating now. In the video on the Brawadis YouTube channel, she claimed that she had been on a couple of dates with a new guy. But if things do work out between the new pair, fans might soon get to see the new man in Jackie’s life via her Instagram handle.