Comedian Danny Fernandes recently slammed all the event companies/colleges who ask artists to perform for free at their events. Read further to know more.

Danny Fernandes or Daniel Fernandes recently slammed all the event companies and colleges through his social media. In one of the latest posts on Danny Fernandes’ Instagram, he openly sent a note to all the companies who have contacted him so far to perform for free at their events. Take a look at what the comedian has to say to all of them.

Comedian Danny Fernandes recently took to his Instagram handle and shared this note addressing all the event companies and colleges that reached out to him. He stated that when these event companies email an artist and ask them to perform for free, it feels extremely disrespectful. He added that he doesn’t know where they all grew up but from where he comes from, people do not indulge in activities that they cannot afford.

He further explained the situation with an example and mentioned that he wanted the Range Rover Velar for a while but still he doesn't have the guts to walk into the showroom and ask for it free of cost.

Addressing such companies further, he added that like every other normal human being, artists like him also have bills to pay and vices to support. Through this note, he also told them that there’s no point in wasting each other’s time and instead of asking for handouts, they must work hard, earn money and then book any artist of their choice. 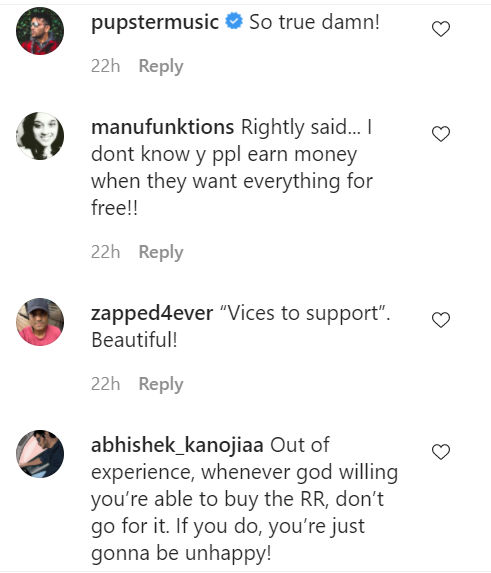 Danny Fernandes’ shows are very popular among audiences. Danny Fernandes has 222k subscribers on YouTube and keeps sharing his stand up videos and podcasts. He is widely known for his dark comedy. He keeps sharing his stand-up videos and podcasts on his YouTube channel and talks about social issues in society such as student suicide, marital rape, freedom of speech and many others.

WE RECOMMEND
2 years ago
WATCH: A Band Of Boys Makes A Comeback, Collaborates With Asha Bhosle As They Launch 'Dil Sarfira' At Event