Elizabeth Hurley Parties The Night Away With B-town In Jaisalmer, See Pictures Here

After Armaan Jain and Anissa Malhotra's wedding, actor and model Elizabeth Hurley spent a weekend with some old friends in Rajasthan's Jaisalmer. See pics below

After Armaan Jain and Anissa Malhotra's wedding, actor and model Elizabeth Hurley spent a weekend with some old friends in Rajasthan's Jaisalmer. The 54-year-old looked stunning in a sheer dress and took to Instagram to share some fun moments from the night. Decked up in a purple shade sheer dress accessorizing it with dramatic jewellery, the model went for a smokey eye make-up look for the evening.

Elizabeth Hurley has a swell time in Jaisalmer

In the caption, the star thanked the hosts Tanya Dubash and Arvind Dubash for having her and being the best hosts. The event was a grand birthday celebration of Arvind Dubash, who is the husband of executive director and chief brand officer at Godrej Group, Tanya Arvind Dubash.

Fans were mesmerized with the 54-year-old’s avatar. One wrote ‘That’s proper naughty’, while another commented ‘I have fallen under your spell.’

READ: Elizabeth Hurley Opens Up About Having A Bikini-body At The Age Of 54 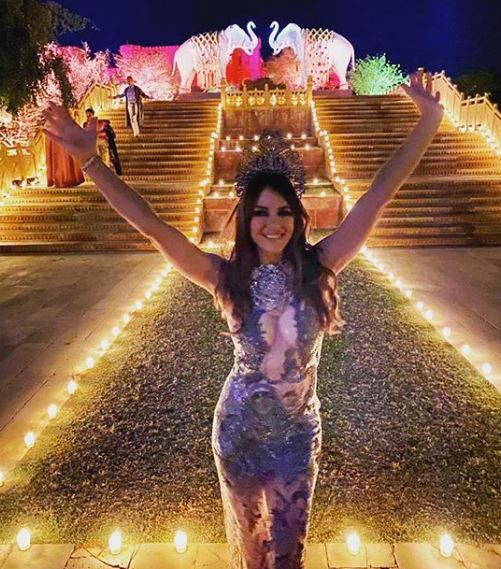 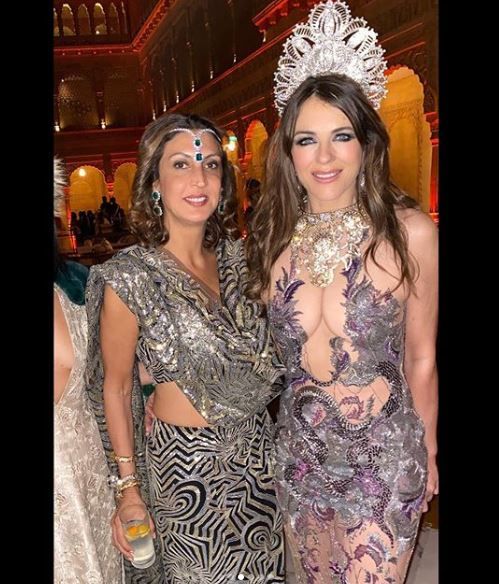 READ:  Hollywood Musical Movies That Created A Huge Impact On The Industry And Viewers

Apart from her, several famous members of Bollywood were present, such as Neha Dhupia, Angad Bedi, Amrita Arora, Malaika Arora, Natasha Poonawallah, and others. The theme of the classy bash was Lebal Oriental which has been considered as one of the largest and most lavish social events of the 20th century.

Before this, Elizabeth Hurley was spotted at Armaan and Anissa’s wedding and for the event, she wore a gorgeous silver shimmery dress. Her one-sleeve dress had a side zip on the torso that gave it the pleat details which added some character to the dress. However, the highlights were her pair or strappy heels which she accessorized with a clutch bag.

READ: Liz Hurley Steps Into 2020 With A Blond Wig And A Metallic Purple Dress. See Pics