Social media star and YouTube personality Kayla Nicole Jones, took to her Instagram on October 15 to announce her pregnancy. Read on to know more.

Social media star and YouTube Kayla Nicole gathered a huge fan base for herself ever since she became popular, thanks to the variety of memes featuring her. Recently, the social media celebrity took to her Instagram handle to announce that she was seven months pregnant. Fans were overwrought when the news of Nicole’s pregnancy surfaced. Many of her followers took to Twitter to express their excitement about the good news. Read on to know more.

The 19-year-old social media celebrity took to her Instagram on October 15 and posted a series of stories, featuring her adorable baby bump. In one of these stories, she revealed that she would be completing her seventh month of pregnancy next week. Earlier this year, Kayla Nicole had made it official that she was engaged in an Instagram post. 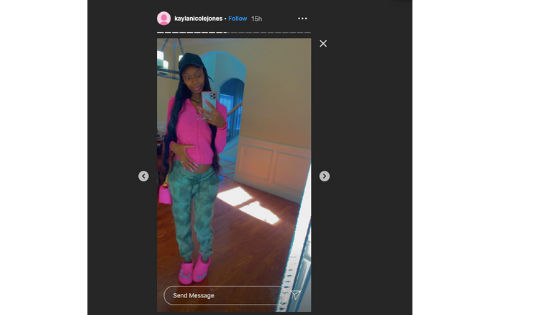 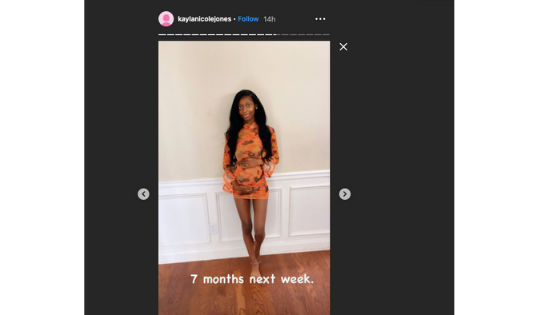 Read | YouTuber Karl Rock reveals how he decided to settle in India, shares his love story

After the couple got engaged, Luhkye also posted a video feasting his adorable fiance and wrote in the caption, “I wanna take this time to show appreciation to my rider. She the most real on my team no cap. she really helping me become a better man and I’ll go to war about ya I love you, baby.” In the past, Kayla has been extremely private about her relationship.

I wanna take this time to show appreciation ï¿¼to my rider ðŸ¤žðŸ¾â¤ï¸. She the realest on my team no cap ðŸ’¯ she really helping me become a better man and I’ll go to war about ya I love you baby â¤ï¸ .

19-year-old Kayla Nicole Jones is best known on the internet for her goofy personality, her sometimes-outlandish outfits and for appearing in some hilarious and relatable memes. On her, Instagram handles Kayla has over 4 million followers. She has over 4 million subscribers on her YouTube channel 'Nicole Tv'. Most of her videos are extremely funny and relatable. Many of her videos have garnered millions of views on the platform.

A month ago Kayla posted a YouTube video announcing that she had bought her first-ever house at 19. The property is 5,000 sq ft and has five bedrooms along with 4 bathrooms. In the video, Kayla is seen describing her plans about decorating the house.

Here is how twitter reacted to Kayla Nicole’s pregnancy

How is Kayla Nicole 19 years old engaged and pregnant, at this point what am i doing wrong. Ima just leave the city because this is absurd. But congrats to sis â¤ï¸

How is she pregnant... I leave social media for a week and Kayla Nicole is engaged AND pregnant ðŸ˜­ðŸ‘ðŸ¾