'Laxmmi Bomb' director Raghava Lawrence requested help from Kerala CM on behalf of a journalist as he supports needy and artistes during the COVID-19 pandemic.

Laxmmi Bomb has been in the news recently, amid reports that it’d be the first major film to release over-the-top during the lockdown. While no other official statement has come out from the makers, the members of the team are making headlines for their work in the battle against COVID-19. Lead actor Akshay Kumar’s donations for various initiatives in the mission earned praises across and the director Raghava Lawrence too has been doing his bit.

Raghava Lawrence has been donating essentials to the needy, and preparing food, through his Thai foundation. He had also expressed his gratitude to celebrities and the others who had supported him in the mission. His trust is also taking care of 50 kids amid the pandemic. 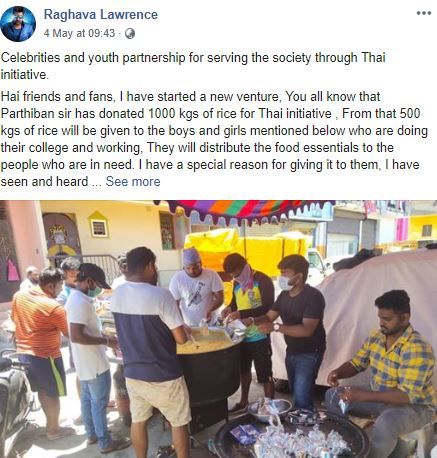 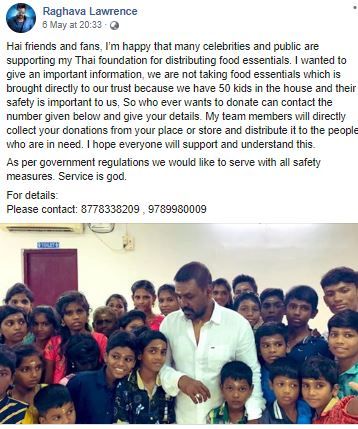 The actor-director also requested help from Kerala Chief Minister Pinarayi Vijayan on behalf of a journalist in Tamil Nadu. He wrote that the journalist’s mother passed away at a hospital in Kerala and requested his help to take the mortal remains to Tamil Nadu. He also promised to bear the hospitals expenses that came upto roughly Rs 1.50 lakh. 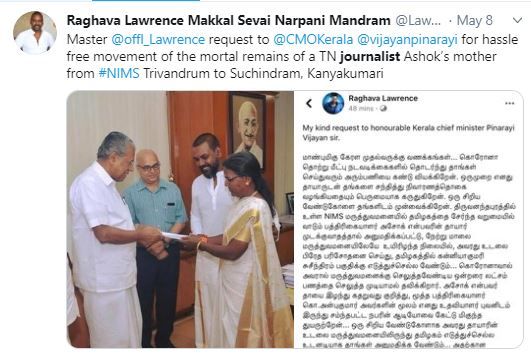 On Saturday, he also thanked the hospital for reducing the charges over the treatment.

The Kanchana star also shared that he is donating Rs 50 lakh to help the members of the dancers’ community. He shared that each dancer will receive Rs 5,500, for which they don’t have to come to the union, but will receive it directly in their bank accounts. 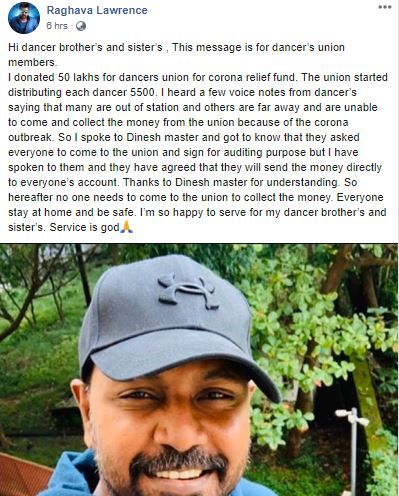 He also sought help for a specially-abled artist, and tagging Tamil actor Vijay and music composer Anirudh Ravichander to give him a chance.

My request to nanban Vijay and Anirudh sir @actorvijay @anirudhofficial

All these initiatives are apart from him donating Rs 3 crore for the PM CARES fun. Even before the COVID-19 pandemic, Raghava has been involved with social service, helping some patients and needy. He had also launched an initiative to set up a home for transgenders, for which even Akshay Kumar had promised to help.

READ:Laxmmi Bomb's Raghava Lawrence To Build 'one Worship Place' For Persons Of All Faiths