The Ayudha Ezhuthu fame actor Trisha is all set for her upcoming legendary Mani Ratnam project. Check the preparation pictures she posted on her Instagram

South Indian star Trisha who predominantly works in Tamil and Telugu language films has been the recent cast member to be roped in for Mani Ratnam's Ponniyin Selvan. Trisha recently shared how she was preparing for this epic film by sharing the picture of five Ponniyin Selvan books written by Kalki arranged in a flat lay.

Trisha, however, has a super busy year this time with 7 of her Tamil films releasing this year. Take a look at the snapshot of Trisha's Instagram story here. 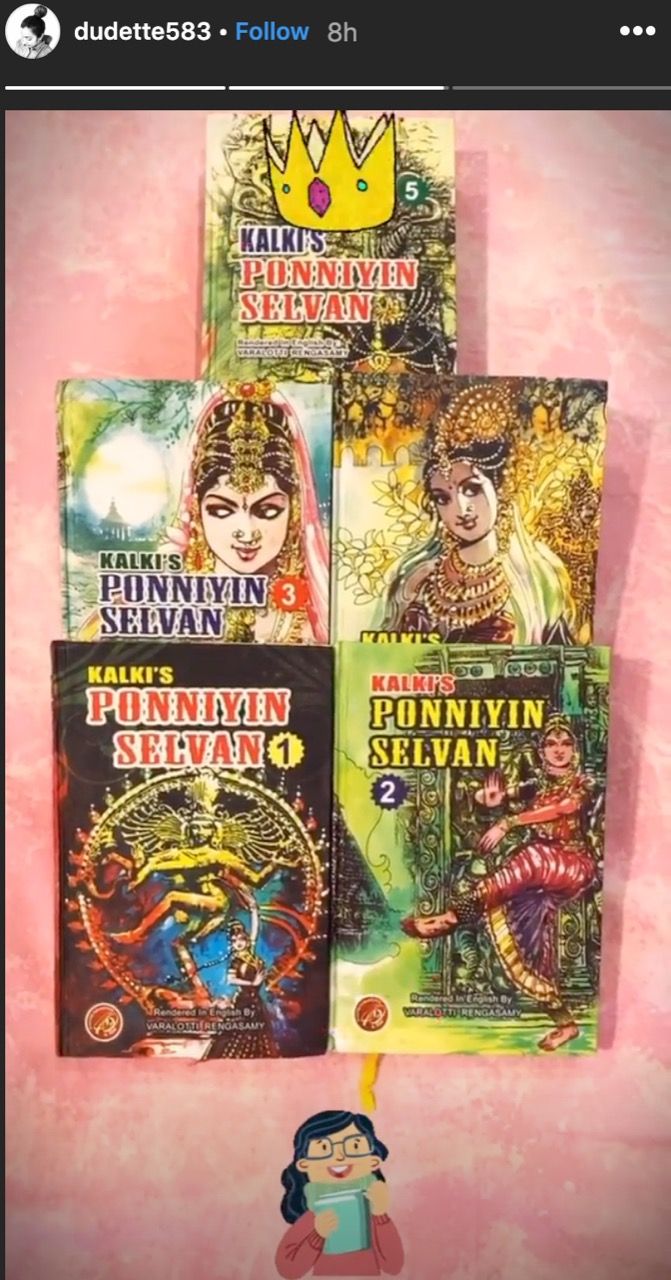 Ponniyin Selvan is produced by Madras Talkies and Lyca Productions. The movie is Mani Ratnam's long-cherished dream to adapt the classic Tamil novel written by Kalki Krishnamurthy into an epic film. The cast for Ponniyin Selvan was revealed out, which included Vikram, Karthi, Jayam Ravi, Aishwarya Rai Bachchan, Sarath Kumar, Aishwarya Lekshmi, Jayam Ravi among others.

Ponniyin Selvan tells the story of one of the kings of the Chola dynasty named Arulmozhivarman during the 10-11th centuries. Mani Ratnam would also be collaborating for the 15th time with musical maestro AR Rahman for this film's background score and music. The first schedule of the film is already completed in the dense jungles of Thailand. Reportedly the film will be made in two parts and will release next year in 2021.