Ponniyin Selvan star Jayaram has shared the latest monochrome picture with his co-stars film the film on his Facebook account. Continue reading to know more.

Mollywood actor Jayaram is making headlines lately. The veteran actor is currently busy shooting for his upcoming period drama film Ponniyin Selvan. The film is being helmed by popular filmmaker Mani Ratnam. Jayaram who has garnered over 2.4 million followers on Facebook, shared the picture from the sets of the film. The monochrome picture shared by Jayaram features his co-stars from the film Ponniyin Selvan, Kollywood actors Karthi and Jayan Ravi. 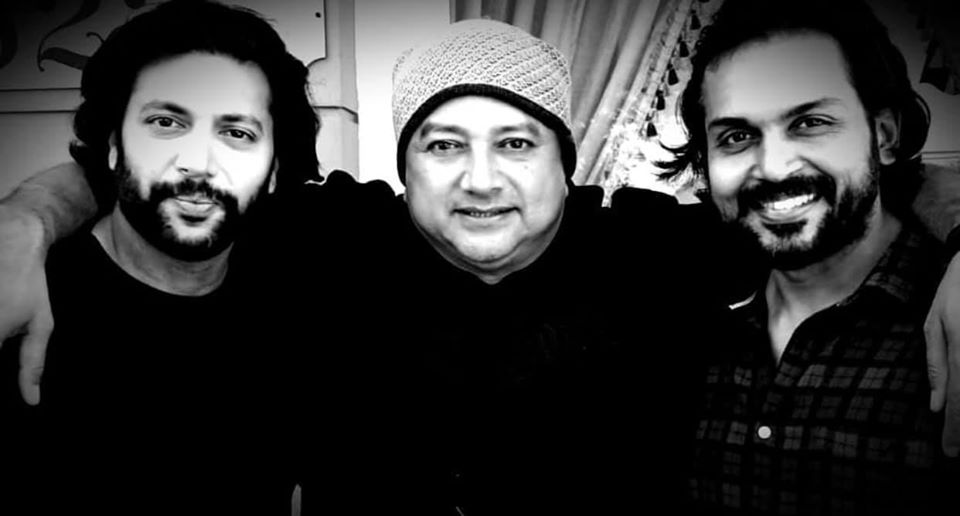 Also Read: Chris Evans Shares An Adorable Picture Of His Dog Wearing The 'Knives Out' Sweater

About the film Ponniyin Selvan, Mani Ratnam has completed the first schedule of the film in Thailand. According to sources, actors Vikram, Aishwarya Rai Bachchan, Trisha, Vikram Prabhu, Aishwarya Lekshmi, Sarathkumar, etc have also been roped in for the film. Ponniyin Selvan is an adaptation of writer Kalki Krishnamurthy’s historical period based fictional novel of the same name.

The film Ponniyin Selvan is being bankrolled by Manikandan and  Allirajah Subaskaran under the banner of Madras Talkies and Lyca Production. Reportedly, the film is scheduled to release in two parts. The music for the film is being composed by singer and composer AR Rahman. The Mani Ratnam's directorial film Ponniyin Selvan will release in various languages like Tamil, Telugu as well as Hindi. Jayaram will be next seen in the Telugu film Ala Vikunthapurramloo.