As Telugu actor Allu Arjun's 2020 movie 'Ala Vaikunthapurramuloo' completed a year on January 12, he took to his Instagram to post a memorable photo

Allu Arjun is one of the most celebrated artists of Telugu cinema. He shared a memorable picture from the time he was working for Ala Vaikunthapurramuloo. As his movie completed one year after its release in 2020, the actor reminisced about the good times spent together with the Ala Vaikunthapurramuloo cast members. Let’s take a look at what Allu Arjun shared on his social media handle.

Actor Allu Arjun, best-known for his spectacular dancing skills recently took to his Instagram handle and shared this picture in which he can be seen with the entire Ala Vaikunthapurramuloo cast. The picture seems to be from one of the promotional events of the movie, Ala Vaikunthapurramuloo. The actor was paired with Pooja Hegde in the film and it was one of the highest-grossing Telugu movies.

Allu Arjun added in the caption how it was a one-year reunion of Ala Vaikunthapurramuloo and then thanked the entire cast and crew of the movie for an unforgettable and memorable film. He ended the caption by adding ‘Gratitude forever’ and tagged some of the cast members in the photo as well. All the fans took to Allu Arjun’s Instagram handle and sent heart symbols to him on the completion of one year of the film. Many of them even added heart-eyed emojis to depict how glad they were to see the entire team of the film together in one frame. Let’s glance through some of the reactions by Allu Arjun’s fans when he posted this picture on his Instagram handle. 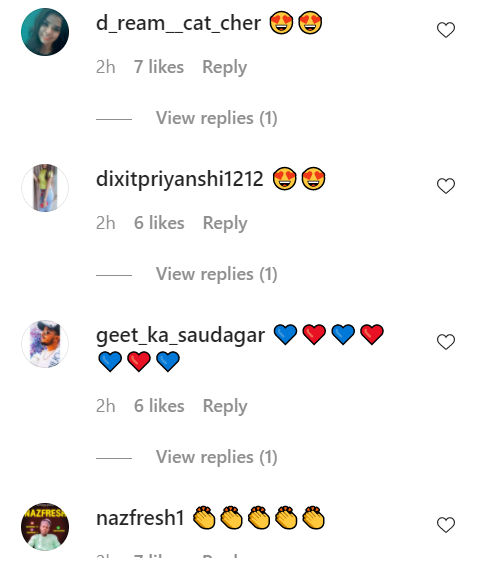 The Ala Vaikunthapurramuloo plot follows the life of a guy, Bantu, who was hated by his father and later in the film he comes to know that he was not his real father. His biological father was a famous businessman. The story then takes a twist as Bantu enters his real father’s house and protects his family.

Apart from Allu Arjun and Pooja Hegde in the lead, other Ala Vaikunthapurramuloo cast members include Tabu, Jayaram, Navdeep, Nivetha Pethuraj, Sushanth, Rajendra Prasad, Harsha Vardhan, Sachin Khedekar, Murali Sharma, Sunil, Rahul Ramakrishna, Vennela Kishore and many others. The movie released on January 12, 2020, and received spectacular reviews from the audience.

Also Read Pooja Hegde Is All Geared Up For 'New Beginnings In 2021'; Shares Glimpse

Also Read Allu Arjun Wishes His Dad Allu Arvind On His 72nd Birthday; Says 'So Glad To Have You'