Allu Arjun's daughter was recently seen lip-syncing one of his biggest hit songs, Butta Bomma. Fans mentioned in the comments section how adorable it was.

Allu Arjun’s daughter was recently seen lip-syncing to one of his biggest hits Butta Bomma. The young child looked adorable as she tried to sing the lyrics and bust a few moves as the song played. The post was shared by Allu Arjun’s wife, Sneha Reddy, and fans were delighted to watch the young kid groove to the song.

In the video, one can see the daughter of Allu Arjun joyfully mouthing the lyrics of the hit song. Sneha captioned the post, calling her daughter a little Butta Bomma who is singing Butta Bomma. The song has become a huge hit among millennials. Besides that, the song has also been praised by several other prominent personalities. Fans even pointed out that the popularity of the song has caught on with Allu Arjun’s daughter too, now that she is singing the song. 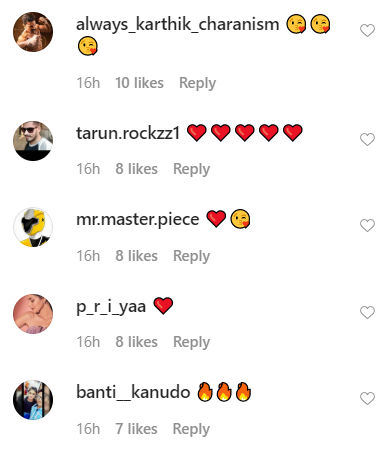 Allu Arjun had a great start this year in terms of films. After the release of Ala Vaikunthapurramloo, Allu Arjun received tremendous praise for his work in the film. He was cast opposite Pooja Hegde and fans loved the chemistry between the two actors. The song Butta Bomma, however, was already a big hit even before the release of the film. Hence this was an added factor for the audience to be eager for the film’s release. The song had gotten immensely popular to the point that even cricketer David Warner was seen grooving to the song with his wife. Allu Arjun was struck with gratitude after watching the video and thanked David and wife for the incredible gesture.

PEOPLE HAVE PLEDGED SO FAR
LATEST NEWS
View all
13 hours ago
Dulquer salmaan expresses his condolences to tovino thomas as his film set gets vandalised
14 hours ago
Samantha akkineni has a thoughtful way of celebrating 10 million followers on instagram
16 hours ago
2 arrested after destruction of church set of tovino thomas' 'minnal murali' sparks row
13 hours ago
Bhagyashree on how salman was asked to 'surprise' her with a kiss; here's how he reacted
18 hours ago
Coronavirus scare brings back drive-in movie theatres in the united states; read details