Anushka Sharma and Virat Kohli announced that they are pregnant today. South stars like Samantha Akkineni, Pooja Hegde and others shower them with love.

Bollywood actor Anushka Sharma and Indian Cricket team captain Virat Kohli announced that they are pregnant on Thursday, August 27. Anushka took to her social media to announce this and all the 'Virushka' fans were overjoyed. Not just fans, but even celebs have rejoiced upon learning that the two are having a baby. With internet super enthusiastic after hearing this news, several prominent Tollywood faces have poured in love for the elite couple. Take a look.

Upon learning that Anushka and Virat are soon going to welcome a baby, South diva Kajal Aggarwal expressed her happiness. She commented ‘Big Congratulations’. Along with it, she sent ‘lots of love’ to the charming couple. 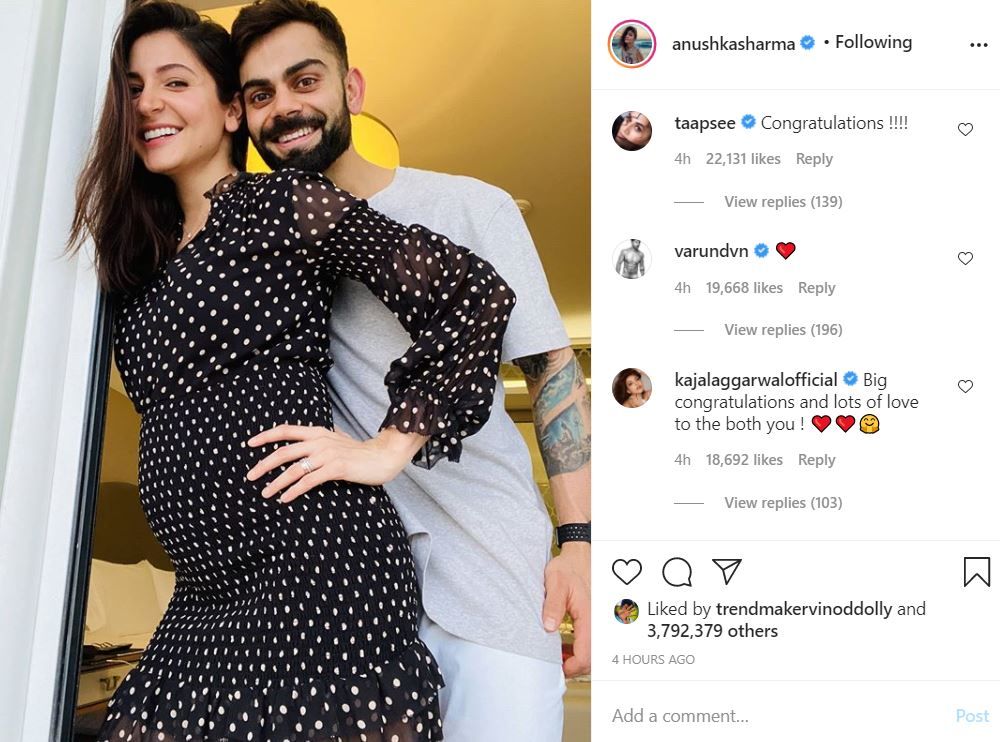 Thappad actor Taapsee Pannu wasn’t behind in showering tremendous love for Anushka and Virat. She also dropped a congratulatory comment for the pair.

Samantha Akkineni was another Tollywood star who flooded their post with admiration and best wishes. She congratulated Anushka and Virat with hug emojis. Check it out below: 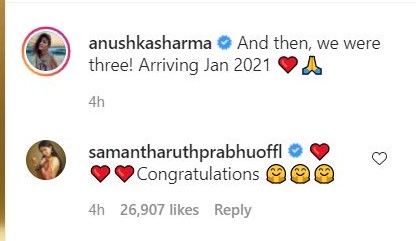 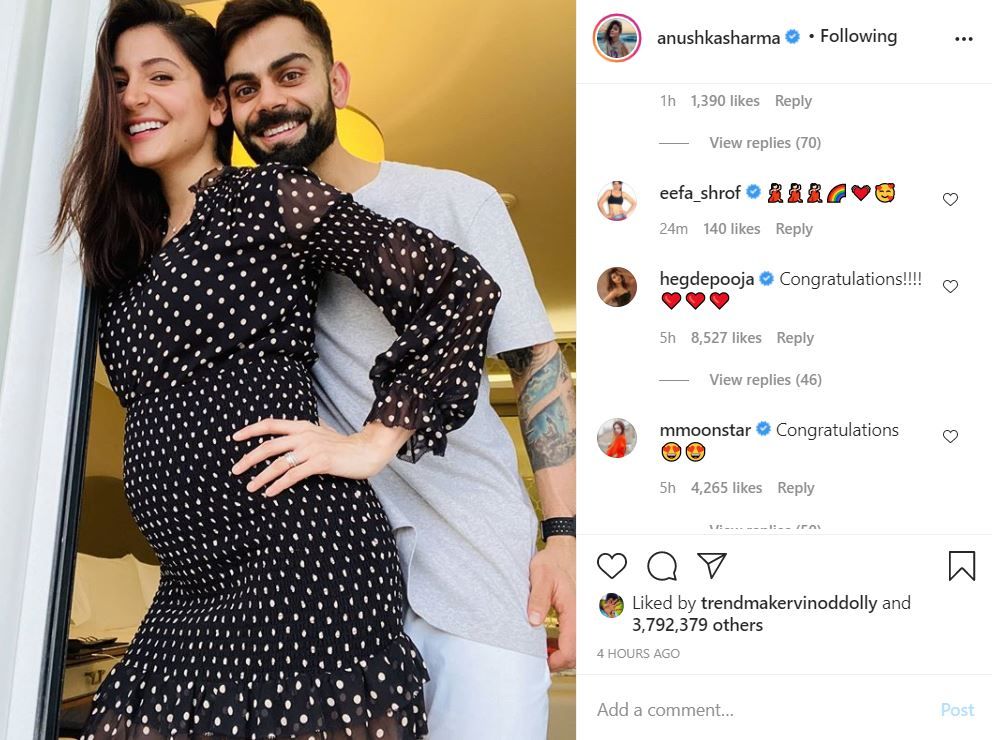 Taking to Twitter, Rakul Preet Singh at first looked quite astonished by the news. She replied to the broadcast writing, “Omgg”. Later, she extended love and ‘congratulations’ for the duo by adding heart and kissing emoticons.

Khushu Sundar was another celeb who was ‘wowed’ by the news. Check out her tweet here:

After Kareena Kapoor and Saif Ali Khan, Anushka Sharma and Virat Kohli gave fans good news amidst the ongoing coronavirus crisis situation. Anushka ignited the internet sharing that she along her husband are expecting a child. The PK actor announced how they are soon going to become ‘three’ and embrace a whole new chapter of their life.

Donning a black polka dot dress, Anushka flaunted her baby bump. While husband Virat smiles bright with tremendous glee in the picture. The couple announced that the baby is due till January and the coming year is going to be filled with surprises for them.